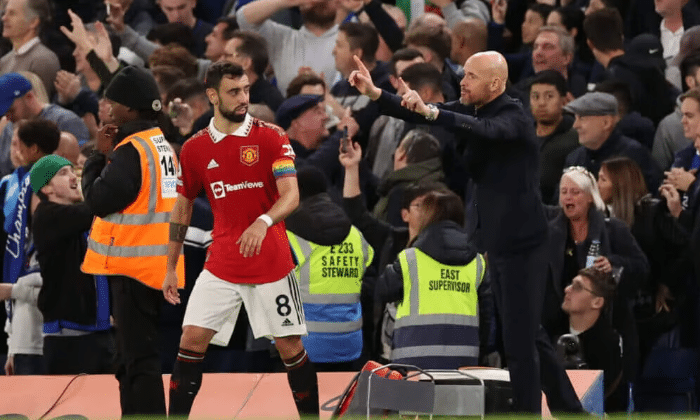 The manager of Manchester United, Erik ten Hag has revealed that he told his players that they must change their mentality if they want to win titles.

Coach Erik ten Hag told his players this after Arsenal came from behind to beat the in-form Red Devils at the Emirates Stadium.

During the Premier League game on Sunday, Manchester United scored the first goal of the game as early as the 17th minute thanks to Marcus Rashford. But less than 7 minutes later, Arsenal equalized through the boots of Eddie Nketiah.

In the second half, Arsenal scored the first goal to take the lead thanks to Bukayo Saka. But six minutes later, Martínez scored the equalizer for the visitors.

Afterward, it looked like the game will end in a 2-2 draw but Manchester United’s defense lost focus in the last minutes of the game as Nketiah scored the winner in the 90th minute.

The 3-2 win pushed Manchester United back to the 4th spot with 39 points in 20 games. While Arsenal remained at the top of the league with 50 points in 19 games, five points above second-place Manchester City.

After the 3-2 stunning defeat, United’s coach Erik ten Hag said: “I am annoyed and I told the players if you want to win titles and medals, you have to change the mentality.

“You are in a top game and you are making such big mistakes.

“We started the game very well, scored, are leading, and then make so many actually unacceptable mistakes.

“You have to feel the game, realize that the maximum we would take from it at that moment was a point, and then take that point.

“You cannot give such a goal away as we did or you can’t win trophies.

“We’ve already seen how the mentality of the players has changed over the last couple of months. But we have noticed that we still have a way to go to get to the top level.

“They have to realize a game is only finished when the ref blows.”