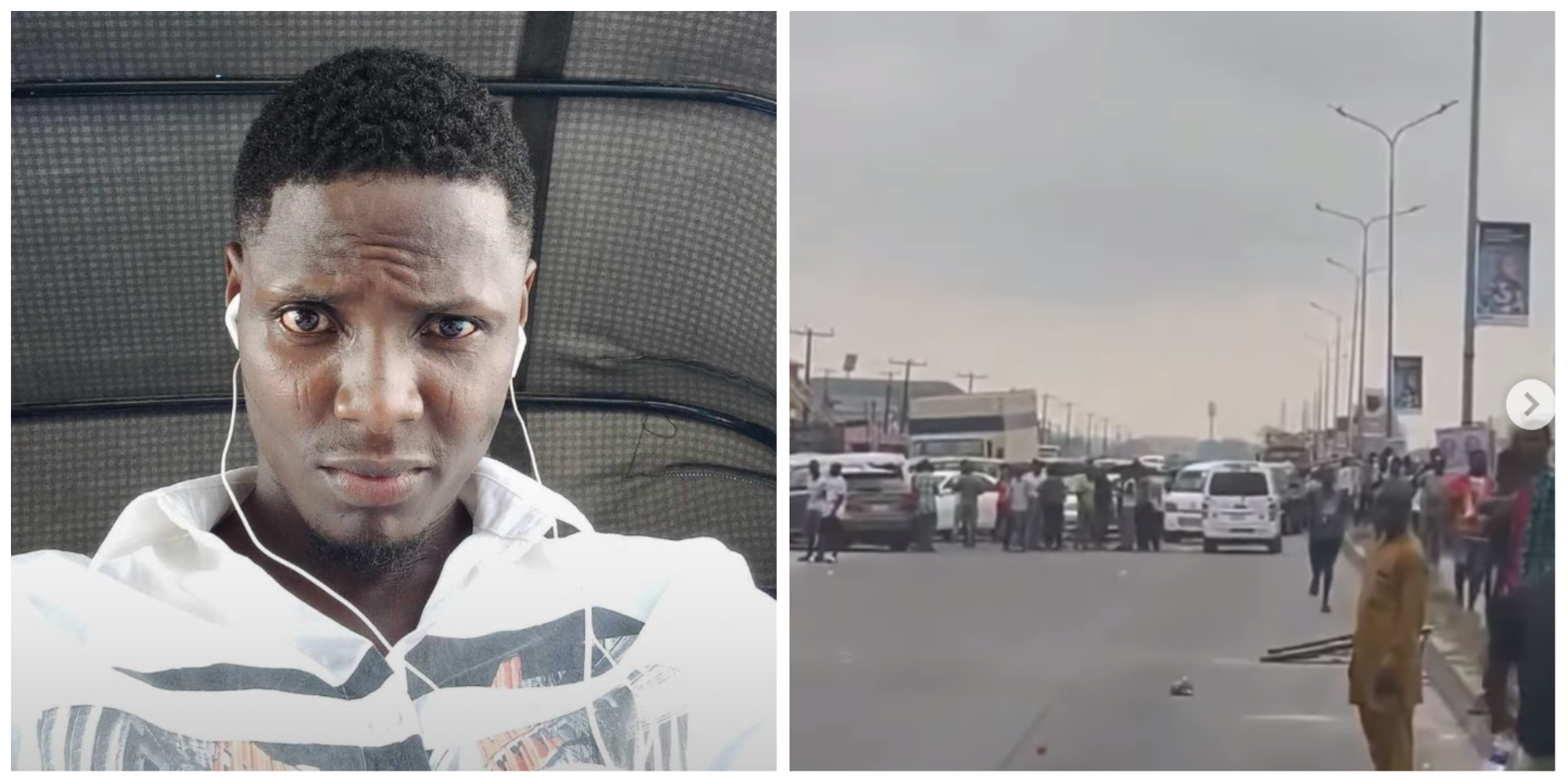 The young man shot by Police officers at Ajiwe Police station, Ajah on Wednesday morning, has been identified as Gafaru Buraimoh.

Naija News reports that female activist and social media influencer, Rinu, took to the microblogging platform, Twitter to share a photo of the man.

Although the cause of the shooting has not been ascertained, reports making the rounds online alleged that Gafar was gunned down when he was out to get fuel.

Meanwhile, the Lagos State Police Command has also arrested and detained the officer who was involved in shooting the civilian.

A statement released by the state police public relations officer,  Benjamin Hundeyin, says the officer behind the shooting, has been disarmed and detained, as a full-scale investigation has commenced.

He mentioned that the Lagos State Police Command through the Area Commander, Elemoro, and Divisional Police Officer, Ajah has since notified and established contact with the family.

The statement reads: ”The Command, while commiserating with the family of the deceased over the avoidable and most unfortunate incident, gives assurances that the already commenced investigation into the immediate and remote circumstances leading to the shooting will be brought to a speedy and conclusive end, while equally ensuring that justice is served.”