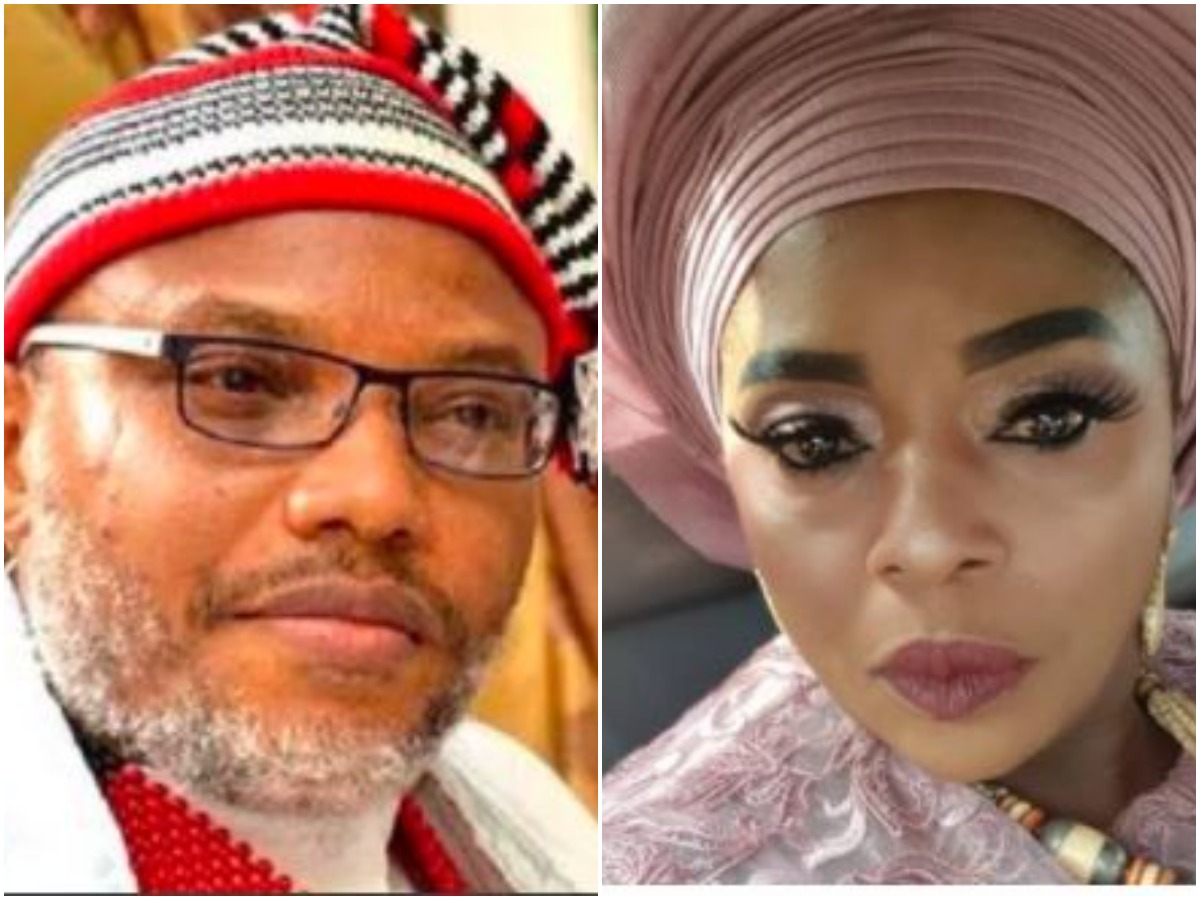 Nollywood actress, Rita Edochie has disclosed a new general will take over the Biafra agitation if the Buhari led- government kills the leader of the Indigenous People of Biafra (IPOB), Nnamdi Kanu.

Naija News reports that the veteran actress made this known via her Instagram handle on Monday.

According to the veteran actress, who has never hidden her support for the secessionist movement, while reacting to group of Biafra supporters who staged a demonstration against the arrest and detention of Nnamdi Kanu in London, if they kill a general, another one will spring forth.

She also questioned the Buhari-led government on why it has refused to free the separatist leader Mazi Nnamdi, so that ndi igbo can be free too.

Sharing the video of the protest on her IG, she wrote; “KILL A GENERAL AND ANOTHER GENERAL COMES UP SO WHY NOT FREE MAZI NNAMDI OKWU KANU SO THAT EVERYONE CAN BE FREE PARTICULARLY ANI IGBO”

Meanwhile, the Kenyan Government has said it does not have the departure record of Nnamdi Kanu after his arrival to the country on May 12, 2021.

Naija News reports that the Special Counsel to the detained leader of the Indigenous People of Biafra (IPOB), Aloy Ejimakor, and the Kanu’s younger brother, Kanunta Kanu, made this known in a statement.

The statement said the Kenyan authorities had filed a document in court to show that the IPOB leader was allegedly moved from the county by the Nigerian government.

It added that the evidence tendered by the Kenyan government had made Kanu’s alleged kidnapped from the country a more grievous offence, claiming that serious consequences await all those involved in the action.