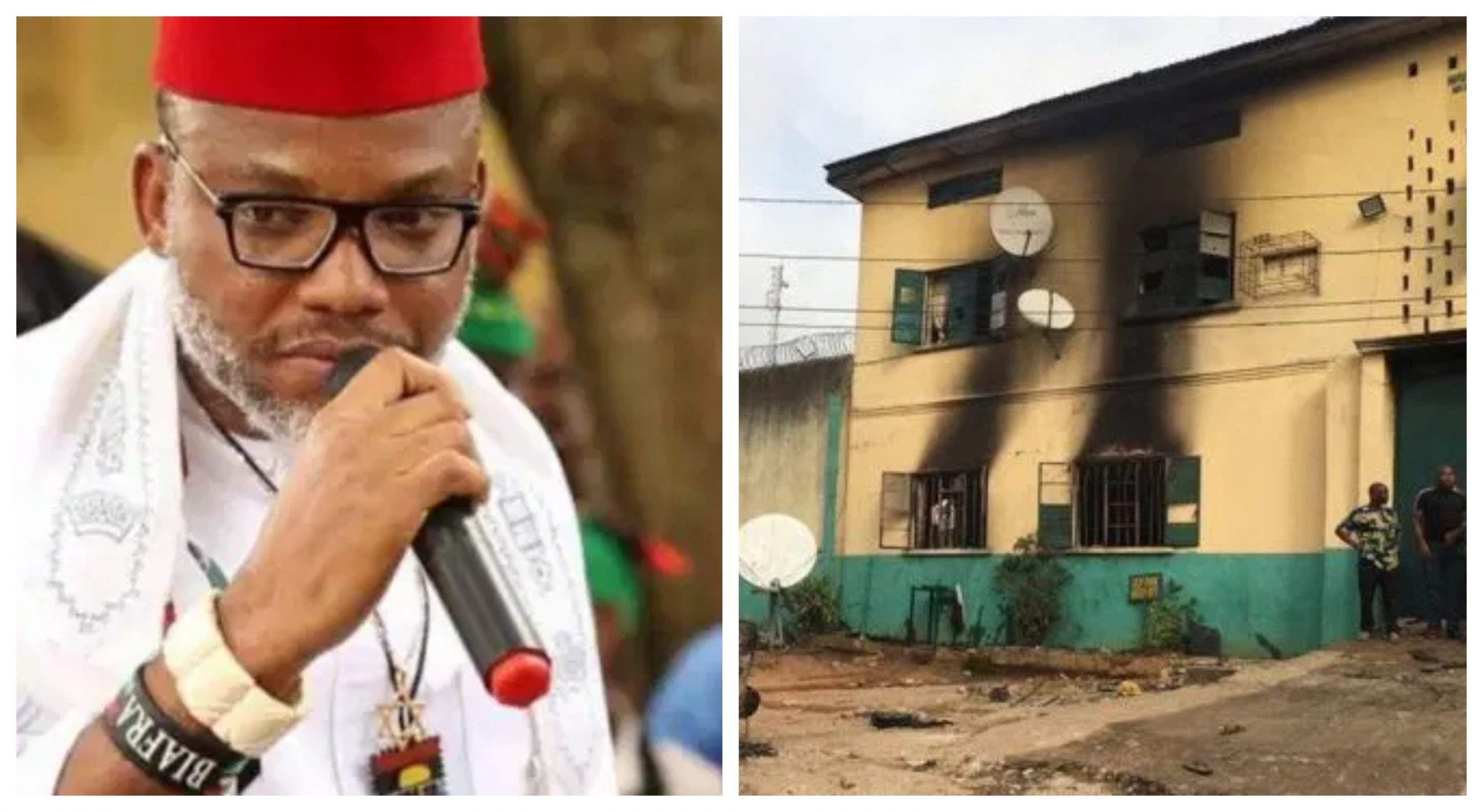 The Indigenous People of Biafra (IPOB) has accused the Muhammadu Buhari-led administration and the Department of State Service (DSS) of being behind jail breaks across the country.

Naija News reports that despite rising insecurity Nigeria has continued to experience attacks on correctional facilities which has seen the escape of hardened criminals back into the community.

In a statement on Wednesday by its spokesperson, Emma Powerful, IPOB stated that the attacks on prison facilities is a ploy to keep its leader, Nnamdi Kanu, in the custody of the DSS.

The pro-Biafra group said the incident and other previous jail breaks were, “antics of the Federal Government and its security agencies particularly the Department of State Security.”

“Our Intelligence reports and findings reveal that once there is any person of interest in the custody of the DSS that is scheduled to be transferred from their detention facility to prison custody, they arrange these prison breaks in order to convince the court that the prison is not safe and is susceptible to attacks and jail breaks, and as such, the said person in their custody should not be transferred to the prison,” the statement reads.

“Which is why no meaningful investigation is ever carried out on these alleged prison breaks throughout Nigeria, in order to ascertain the actual perpetrators and bring them to book.”

The statement further read, “This is further evidenced from what happened in the court on the 21st October, 2021, when the hearing of our leader, Nnamdi Kanu’s application for transfer to prison custody came up. The road to the court and even the court premises were barricaded on all sides by security agents, such that lawyers and other responsible persons who had legitimate business in the court could not even drive close to the court premises, because they claimed that they had a security report that there would be an attack.

“Curiously, the “attackers” who were clearly government-sponsored thugs were allowed to drive past all the security posts mounted on the road, and down to where the DSS officers formed a human barricade, in order to attack Omoyele Sowore.

“The DSS officers did not do anything to stop or apprehend the “attackers”, on the contrary, they kept pushing Sowore back and forth to the thugs. The same thing happened on the 10th November, 2021, when they hired the “One Nigeria Crooners” who came to confront Mazi Nnamdi Kanu’s peaceful supporters who had always been there on the previous court days, without constituting any nuisance or breach of peace.

“These paid agents came with coffins and other things meant to provoke the peaceful supporters, all in a bid to trigger a confrontation and fight between the two groups. Imagine what would have happened on those two occasions if Mazi Kanu’s supporters did not have the spirit of discernment and avoided any confrontation with those paid agents of darkness.”

IPOB stated that the DSS and the Federal Ministry of Justice should have told the court that Nnamdi Kanu peaceful supporters are capable of breaking him out of prison.

According to the group, these games are orchestrated by the Federal Government, to discourage the Court from transferring Nnamdi Kanu from DSS custody to prison custody.

“We are therefore putting the world on notice of this evil game being played in a bid to ensure that Nnamdi Kanu is held in perpetuity in the DSS dungeon,” IPOB added.