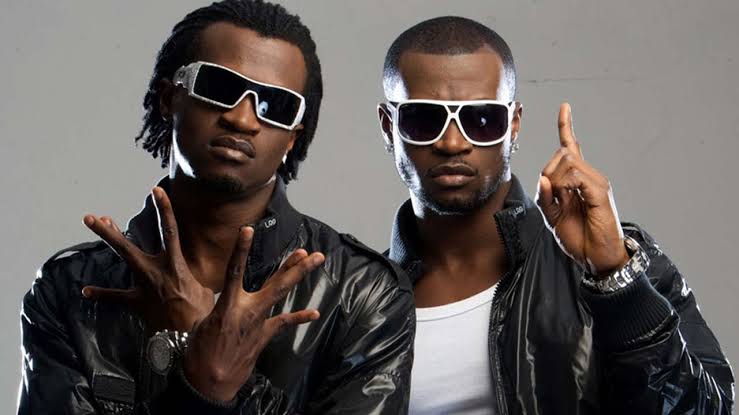 Paul Okoye of the famous Psquare twin musicians has taken to social media to ask their fans for money donations.

Naija News reports that the twin brothers, Peter and Paul Okoye jointly celebrated their birthdays after ending their differences which lasted for five years.

A video of the duo embracing each other after years of splitting their band had stirred a barrage of reactions on and off social media as fans expressed their joy seeing them together again.

The elder brother and manager of the defunct group, Jude, was also spotted in the video greeting his twin brothers as they ended their rift.

Moments after sparking reactions on social media pages, Paul took to his Instagram page calling on the likes of Davido, Obi Cubana, their elder brother Jude and others including their fans to send money to an account he puts on display.

This is coming hours after Davido asked his fans and members of his 30 billion gang to send one million Naira each to his account.

Meanwhile, Davido has received money from one of his babymamas.

Naija News reports that the singer embarked on a quest which involved the society giving back to him. He stated that he has been lifting people up for so long and it was time for the society to do same for him.

In response to his demand, different people have shown that they are quite fond of the singer by indulging his request. Stars and socialites such as Obi Cubana, Otedola, Phyno, Dorathy Bachor and many others have sent him some money.

Sophia is the first babymama to send Davido money after his public plea.