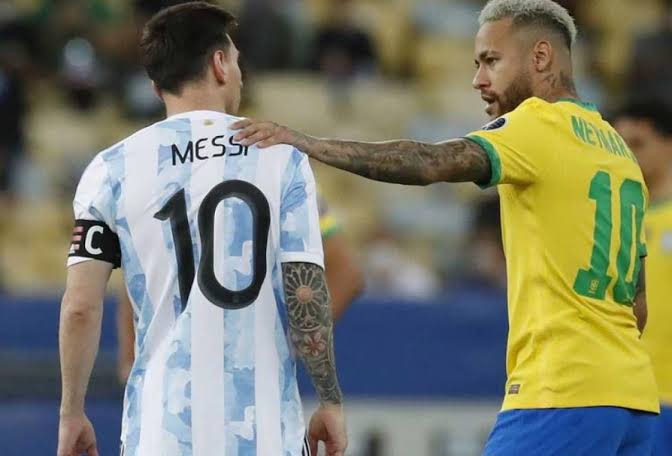 Argentina head coach, Lionel Scaloni has disclosed that Lionel Messi is fit and ready to take part in Tuesday’s game against Brazil.

Naija News reports that there are concerns about the fitness of the Albiceleste captain ahead of the game due to knee injury issues.

Messi was replaced at halftime in Paris Saint-Germain’s match against Lille in October and underwent treatment on his knee in Madrid.

Having missed two games for the French side, the forward was passed fit to feature in Argentina’s clash with Uruguay last week Friday.

During a press conference on Monday, Scaloni revealed that Messi would play and has not suffered any relapse in his recovery.

After a largely uninspiring 1-0 win over Uruguay last time out, Scaloni will be hoping Messi is back to his best after managing only a 15-minute cameo in that match.

He said: “He was physically fit the other day and in the end, we decided that the best thing was for him to play a few minutes so that he could get a feel for it and he is confirmed to play tomorrow.

“It’s going to be a very difficult game. They are the team that leads the qualifiers and they are already through to the finals.”

Argentina sit second behind Brazil in the World Cup qualifying table, so a win over the Selecao would close the gap between the two South American powerhouses to just three points.

Brazil have already qualified for Qatar 2022 following their 1-0 win over Colombia.

In other news, Manchester City defender, Benjamin Mendy, has been charged with two more counts of rape.

The 27-year-old player is said to have committed the crimes between October 2020 and August 2021. Having learned of the player’s detestable actions, City suspended Mendy from playing for the club.

Naija News understands that Mendy who is now faced with six counts of rape and one of sexual assault which relates to four complainants over the age of 16, is expected to appear at Stockport Magistrates’ Court on November 17, 2021.