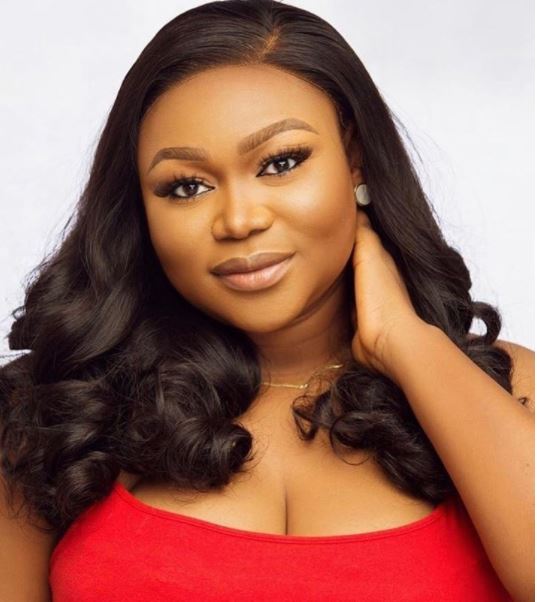 Nollywood actress, Ruth Kadiri has revealed that there are certain things that happen which could allude to someone being spiritually tied down.

The actress took to her Insta story to make some revelations. She cautioned some of her fans who were not spiritually minded to ignore the post as it was not meant for everyone.

The Nollywood actress went ahead to state that if there was anyone dealing with shortness of breath, dizziness, panic attacks and they have done everything their doctor asked but the condition continues then they should consider the fact that it might be a spiritual attack.

The mother of one said it was possible that their pictures could have been put into a bottle and thrown into the river or kept somewhere while also explaining that the shortness of breath was due to the fact that they were trapped in a cage and it was time for them to seek deliverance. 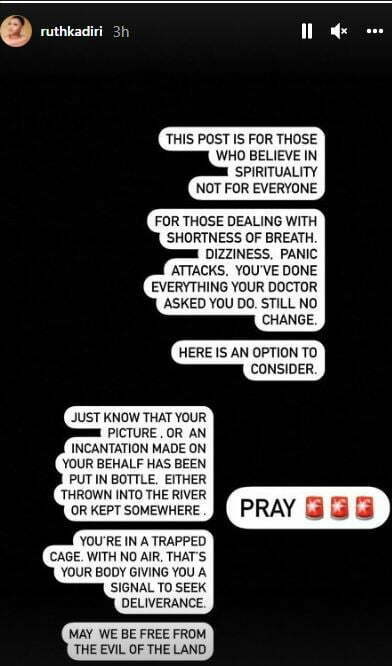 He went ahead to state that he has never seen an Imam in a private jet, stressing that why should it be different for pastors since both religions were serving God. Read More

Related Topics:Ruth Kadiri
Up Next