Nigerian singer, Paul Okoye, popularly known as Rude Boy has revealed what the definition of a real man is in today’s society.

The singer took to his Insta story to reveal what today’s society expects from men. He stated that once a man has money he would be considered a real man. 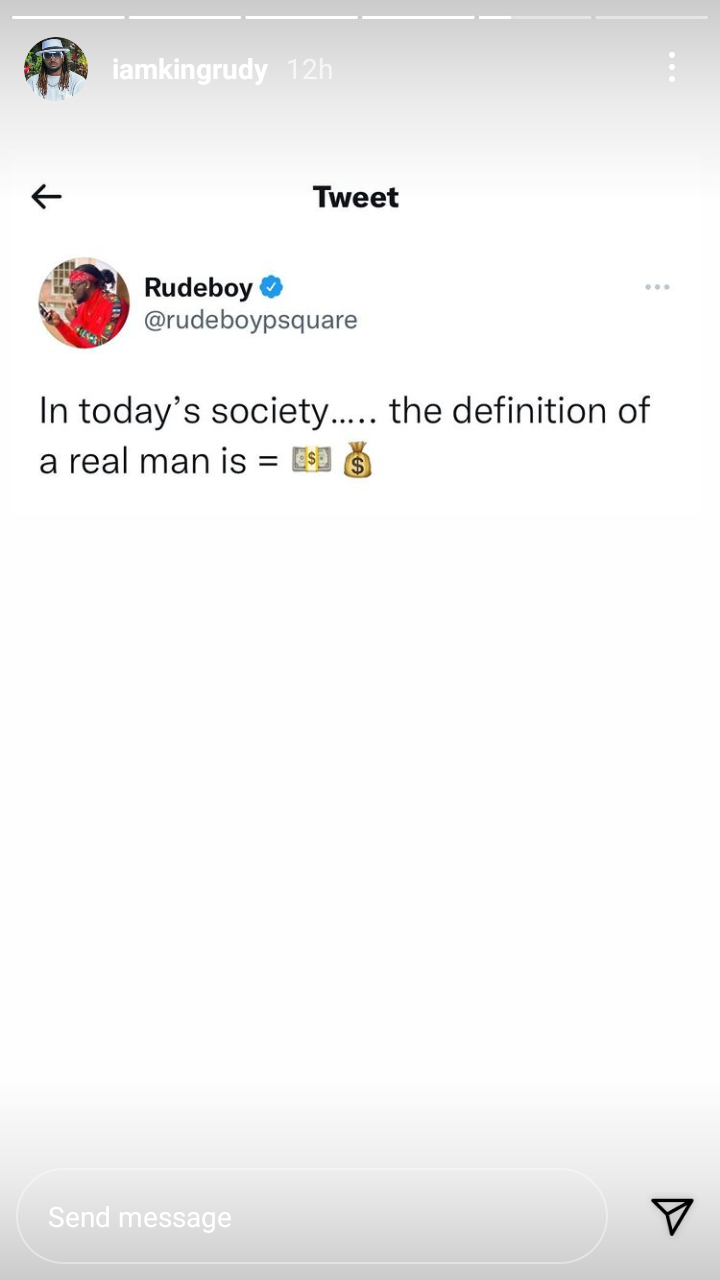 Naija News recalls that the singer in the recent past, got into a rift with Cubana Chiefpriest over Maria Chike scandal and had gone ahead to expose Chiefpriest personal phone numbers.

In other news, former Bbnaija housemate Ka3na Jones has condemned Nollywood actors for becoming relaxed in movie making and competing with BBnaja housemates instead.

Ka3na took to her Insta story to bemoan the lack of good Nigerian movies on Netflix while revealing that those available were not produced this year.

She stated that Nollywood actors were busy being brand influencers and competing with Bbnaija housemates instead of producing good movies.

The mother of one went on to say that since there were no good Nigerian movies on Netflix she might consider selling the movie she produced in 2017 to them. Read more