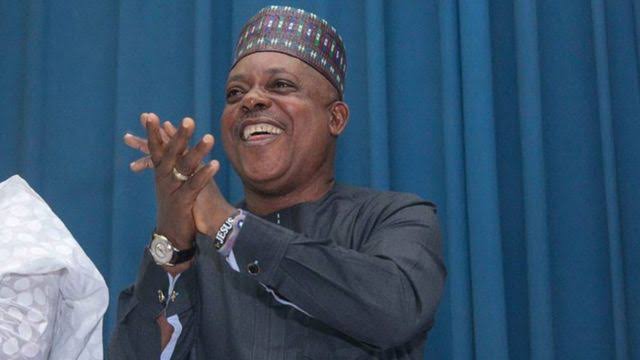 Naija News had reported that Secondus on October 18, said he will not withdraw the suit challenging his removal, insisting that the party should stop the preparation for the convention, pending the hearing of his case in the court of appeal.

Speaking on the issue on Sunrise Daily, a Channels Television programme, on Wednesday, Jibril said it will be “very wrong” for Secondus, being a founding member of the PDP, to make the party “ungovernable”.

He pointed out that the decision of the party is supreme, and as such, the national convention will take place on the appointed date.

His words, “Secondus is a member of BOT, he attained the position of the national chairman of this party. He has seen many things and helped to build the party.

“Could it be now that he goes against what the party is doing, what the party intends to do? I say it will be very wrong if Secondus is taking another fight completely, yielding the course to solve his own problem.

“Everything will come to an end. He had been in this party since the formation of the party. Is he going to die, what is going to happen to him? Let’s look at the party as supreme and go on with the decision of this party.

“I would like to say that the convention planned for the 30th of this month is on and we’re going to be there and carry out our duties and improve our party.

“We have processes and we have the national deputy chairman from the south, where he comes from and he is on course and he is now leading our party. His presence in the convention is not necessary at all.

“I don’t see why Secondus should go to this extent or try to ensure the party goes another different way completely. Secondus should have taken whatever happened simply being a founding member of the party. He should play the role he has been playing.”