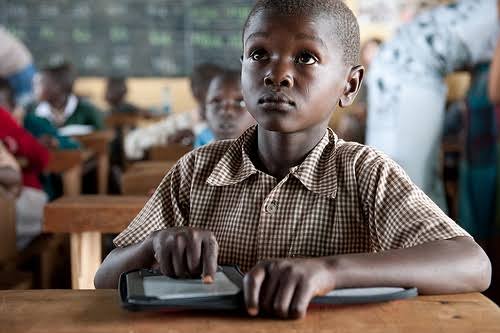 The federal government’s plan was made public on Tuesday during the flagging-off a nationwide Rural Facilitators’ Scheme (RFS), in Owerri, Imo State, Naija News reports

The Executive Secretary of the National Commission for Mass Literacy, Adult and Non-Formal Education (NMEC), Professor Simon Labour Akpama, who unveiled the plan, said the initiative will enable the non-literate to uplift their status and contribute to national development.

Akpama stressed that the launch of the initiative was in furtherance of the federal government’s emphasis on the importance of literacy in national development.

According to him, the flag-off, which took place simultaneously in three locations of Owerri in Imo State; Ibadan in Oyo State and Kano in Kano State, was aimed at addressing the myriad of challenges confronting the Adult and Non-Formal Education sub-sector.

He explained that due to current challenges as a result of lack of infrastructure and paucity of funds, the immediate target is to make a little over 11,000 learners literate within the next seven months.

He listed some of the challenges to include inadequate and irregular payment of facilitator’s allowances by many States as well as identifying and closing capacity gaps in the number of facilitators required to meet up with the huge number of non-literate adults and youths.

Prof. Akpama lamented the literacy gap between Nigeria and other nations of the world. He mentioned some of the limitations to the current security situation in the country.

According to him, problems of insurgency and unrest has contributed to the rapid increase in the number of out-of-school boys and girls.

He said the situation had become worrisome and a great impediment towards the achievement of the United Nations Sustainable Development Goal No. 4 of ‘ensuring inclusive and equitable quality education and promoting lifelong learning opportunities for all.

Prof. Akpama said the Rural Facilitator’s Scheme symbolizes the Commission’s determination to demonstrate best practices and encourage states and local governments to live up to their statutory responsibility in the provision of Mass literacy to all categories of underserved learners.

He said, “The overall fundamental aim is to improve the lives of adults and adolescents who have never been to school and cannot read or write and for whom basic literacy and numeracy skills can open a gate to lifelong learning; adults and adolescents who are above school-going age but have not achieved reading, writing and numeracy competencies; young adults who left school before acquiring basic education due to factors such as conflict, pregnancy, ill-health or death of parent and of course, early school leavers who could not stay on to achieve permanent literacy for effective relevant skills and knowledge that will enable them to make appropriate decisions about their lives”.

Prof. Akpama called on the facilitators to put in their best effort as, according to him, the high number of the non-literate adult population is further worsened by the equally high number of out-of-school children occasioned by several factors.

“The statistics and figures about Country compared to the world at large is a wide berth considering the situation in the country coupled with the problems of insurgency and unrest, which has brought about a rapid increase in the number of out-of-school boys and girls”, he said.

The Executive Secretary said, “we have a daunting task ahead and as a result, we need a knowledgeable set of trained facilitators and vibrant stakeholders to be able to carry out this onerous task.”

The three-day programme, Naija News understands drew participants from 387 Local governments across the country, while a second phase of the exercise is scheduled to hold before the end of the year or in the first quarter of 2022.