Garba hailed Buhari for taking care of the IPOB leader whom he said was clearly shinning when he appeared in court on Thursday.

He said: “Buhari knows how to handle and care for his prisoners. See how Mr. Kanu is shining.” 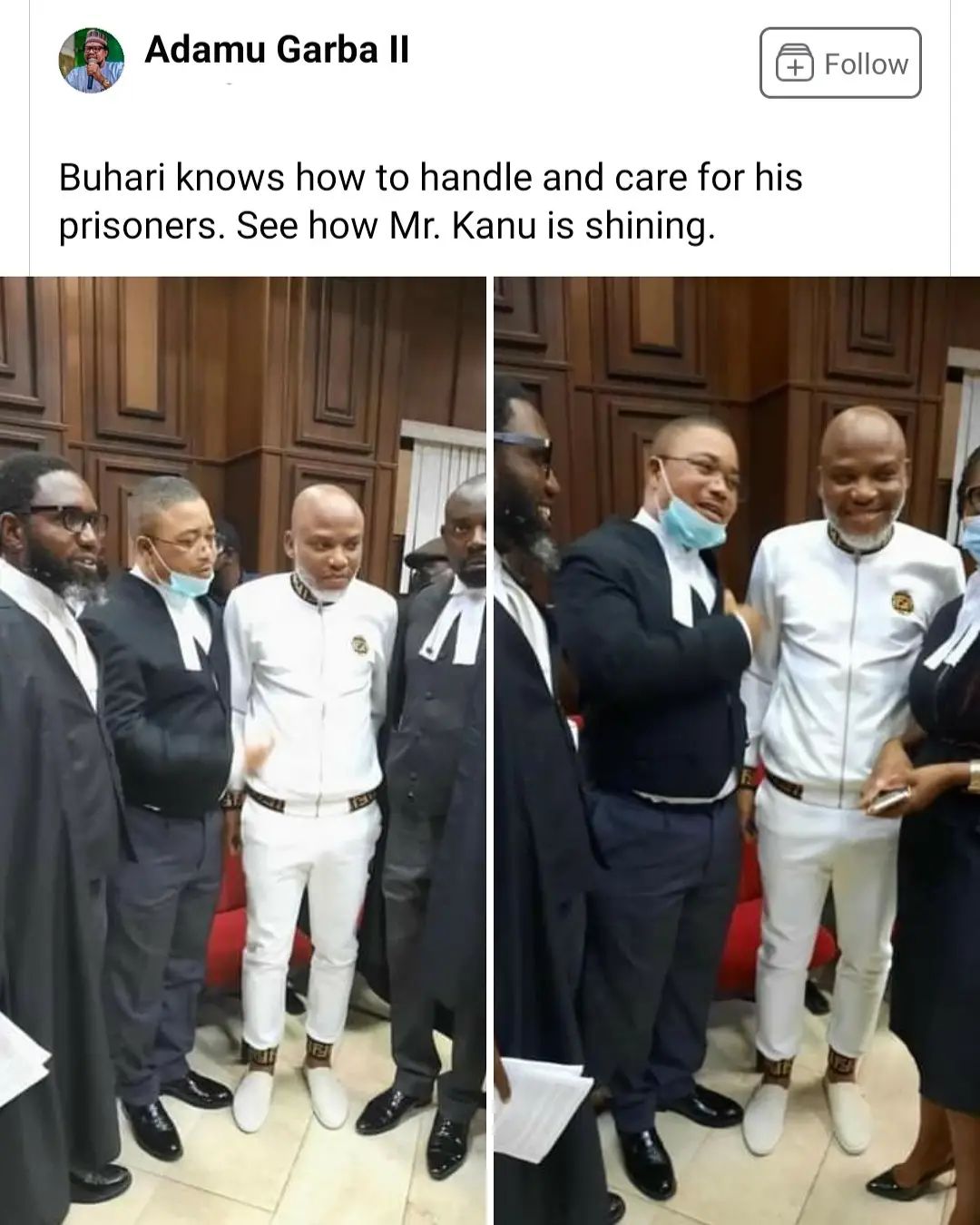 Naija News Recalls that the IPOB leader had earlier appeared in a federal high court in Abuja on the 21st of October on a seven-count terrorism charge.

The charges were initially five but the government amended it to a seven-count charge.

The IPOB leader plead not guilty to all the charges levelled against him.

Kanu was arrested abroad in June and brought to Nigeria after he initially jumped bail and fled the country for the UK in 2017.

The IPOB leader has been in the custody of the Department of State Services since his re-arrest.

Some Nigerians have reacted to Garba’s observation by stating that the president does not have any option while others have resorted to name-calling.

Below are some comments culled by Naija News

zqi_xandas_fashion: “The truth is he has no option.”

fays_hairs: “And many won’t get the sarcasm 😡”

king_marlvin_: “All the northerners no one of them get sence at all, all of them na ozuor 😂😂just hear watin this one way dey talk”

valentino_c_: “Fear of unknown gunmen is the beginning of the wisdom 🤣🤣🤣”

succesfulgram: “Ipob will break Nigeria up”