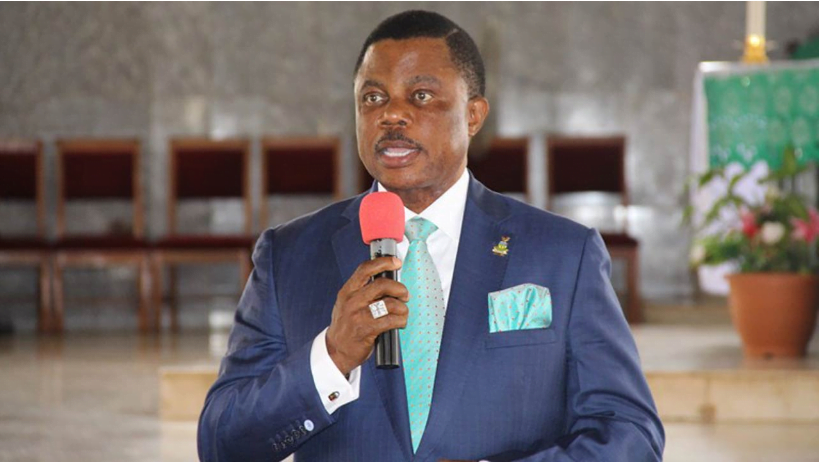 Five aides of Governor Willie Obiano of Anambra State have dumped the All Progressives Grand Alliance (APGA) for the Peoples Democratic Party (PDP).

The Anambra State youth leader, Eziokwu Magnus who led the decampees noted that they dumped APGA because of injustice and poor performance of the present administration.

PDP received the decampees at the Delta State Government House in Asaba on, Tuesday night.

The Governor of Delta State, Ifeanyi Okowa and the Chairman of the PDP in Anambra State, Ndubuisi Nwobu, Deputy Governorship Candidate, Azuka Enemo, while receiving the decampees expressed gratitude.

Ozigbo commended their courage, thanking them for standing for what is right for Anambra.

According to him, “rejecting a failed government” and party in time like this was outstanding and courageous.

He said their actions further explained the prevalent sentiments of the majority of Anambra people to the present leadership in the state.

“Comrade Magnus and this powerful delegation, you are welcome to the PDP, and I can assure you that this is a sign of good things to come” Ozigbo added.

The Governorship candidate of the PDP appreciated the host, Governor Okowa for being on hands to welcome the new entrants.

Nwobu further stated that the decampees would be integrated into the party and will work towards the success of the party.