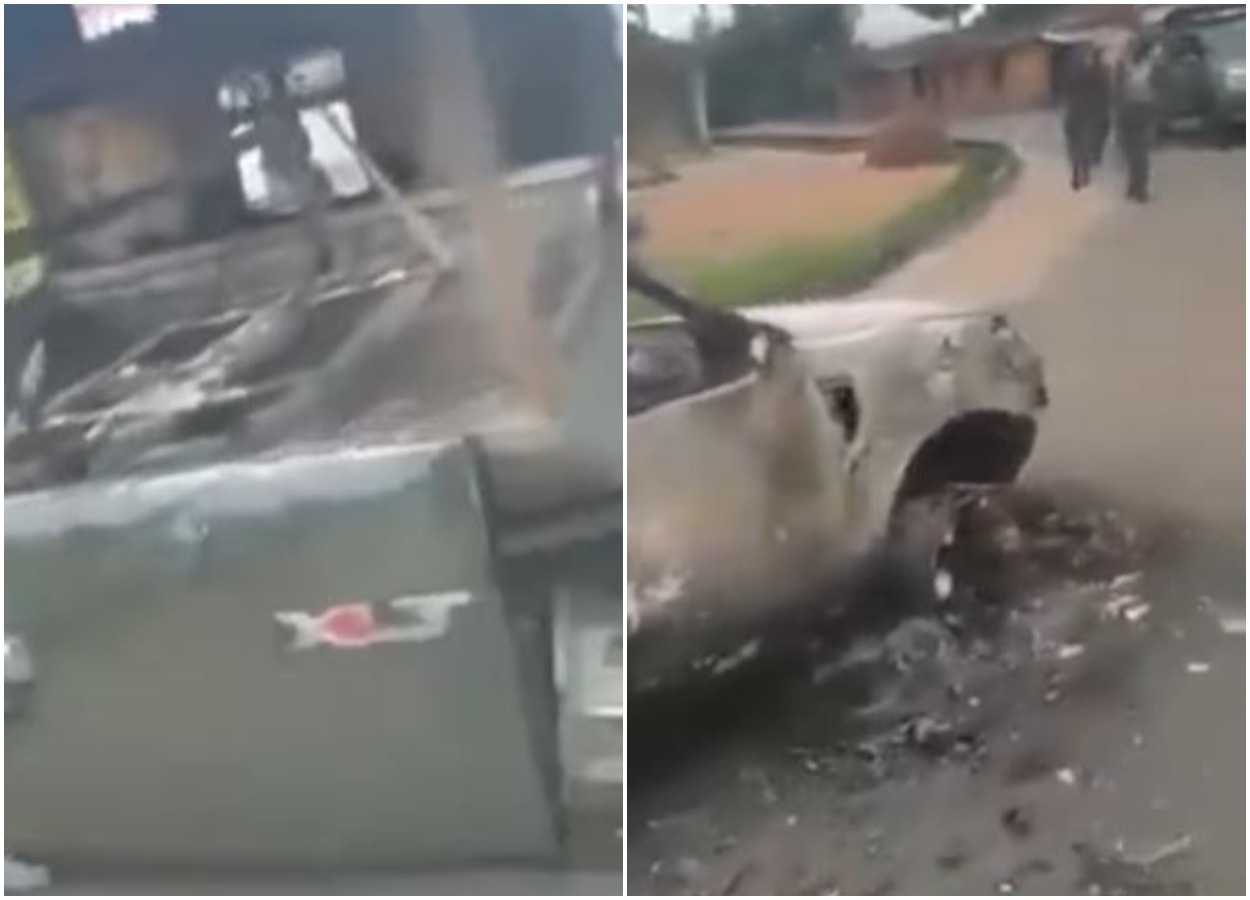 A video of a Nigerian army commander telling his troops to kill anyone seen in Izombe, Oguta LGA, Imo State has sparked outrage on social media.

The video shared by Voiceoftheeast captured the moment an army commander during a recent raid in Oguta LGA, Imo State ordered his troops to kill anyone seen.

Naija News understands that there are growing security threats from Nigeria’s Southeast region of the country.

According to viral reports, over 20 police stations, correctional facilities have been targeted by the gunmen, leaving in their trail dead officers, charred police stations, freed prison inmates, and empty armoury.

All of these incidents have been reported to have occurred  between January and September of 2021.

Meanwhile, St. Albert The Great Institute of Philosophy, a Catholic-run seminary located in the Fayit community in Kagoma Chiefdom in the Jama’a Local Government Area of Kaduna State, has been attacked by gunmen suspected to be bandits terrorists.

According to reports, the bandit terrorists invaded the seminary on Monday night.

The terrorists stormed the school at about 8 pm and began shooting sporadically, causing everyone to run to safety.

A source that spoke with NewsWire on the incident said the attack lasted for more than an hour before local hunters and vigilantes intervened and “chased the terrorists away.”

A further report had it that some students of the school were kidnapped by the terrorists while others were injured.