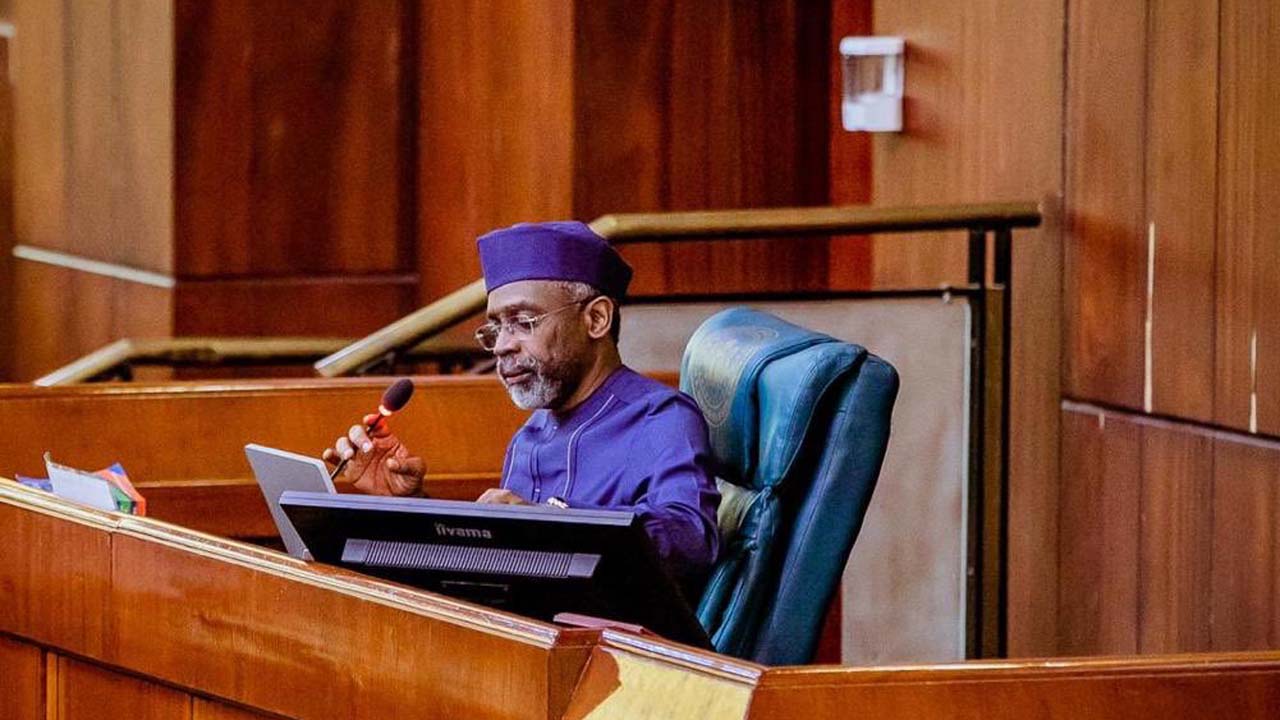 The outlawed Indigenous People of Biafra, IPOB, has lambasted the Speaker of the House of Representatives, Femi Gbajabiamila, for comparing the group to terrorists organisations.

Recall that Gbajabiamila had in a welcome address to lawmakers allegedly compared IPOB and Yoruba nation agitators to Boko Haram terrorists.

But in a swift statement sent to Naija News by his spokesman, Lanre Lasisi, the Speaker denied comparing agitators to terrorists, adding that no name was mentioned in his address.

However, IPOB accused the speaker of being clueless, stressing that Nigerians should not take him seriously.

In a statement on Thursday through its spokesperson, Emma Powerful, the pro-Biafra group said the speaker’s statement was stupidity and idiocy taken too far.

The statement read: “The attention of the global movement of the Indigenous People of Biafra (IPOB) ably led by our great leader, Mazi Nnamdi Kanu has been drawn to the fallacious and careless statement by the clueless politician of our time, Gbajabiamila, Speaker of the House of Representatives.

“He displayed ignorance and servitude by comparing non-violent IPOB movement with the murderous Boko Haram terrorists, Fulani bandits, and the killer herdsmen wreaking havoc across Nigeria.

“We know he made such reckless and irresponsible remark in his quest to impress his political slave masters so as to retain his position. But it was stupidity and idiocy taken too far. Alhaji Gbajabiamila should not forget that his Yoruba kinsmen are also agitating for freedom today because of the evil agenda of his Fulani slave masters.

“He should not forget that they will surely come for him after using him to castigate and destroy his Southern brethren. What stupid blindness all in the name of political correctness.

“The recent statement from Gbajabiamila shows his ignorance about IPOB and he doesn’t understand that IPOB is present in almost all the countries of the world. Do terrorists openly parade themselves as IPOB does or do they hide their faces?

“We are however not surprised at such position by a man who shamelessly converted from Christianity to Islam because of political position. When they dangled the House of Representatives speakership for him, he quickly renounced his faith and like the dog he is, he fell on his fours to lick the vomit from his Fulani handlers. This is the man who wants to educate us on who terrorists are.

“He should be ashamed of himself. He is after his stomach and ready to sacrifice anything for his political position. A man who betrayed his faith and religion because of politics can never be trusted for anything. Even Satan cannot so cheaply renounce his faith!

“Gbajabiamila and his crew of Fulani terrorists cannot change our strategy nor deter us from achieving Biafra freedom from Nigeria. Gbajabiamila or whatever you call yourself stay away from IPOB or sorry will definitely be your new name. Every fool will wake up and mouth the hallowed name of IPOB to raise their dimming political profile.”