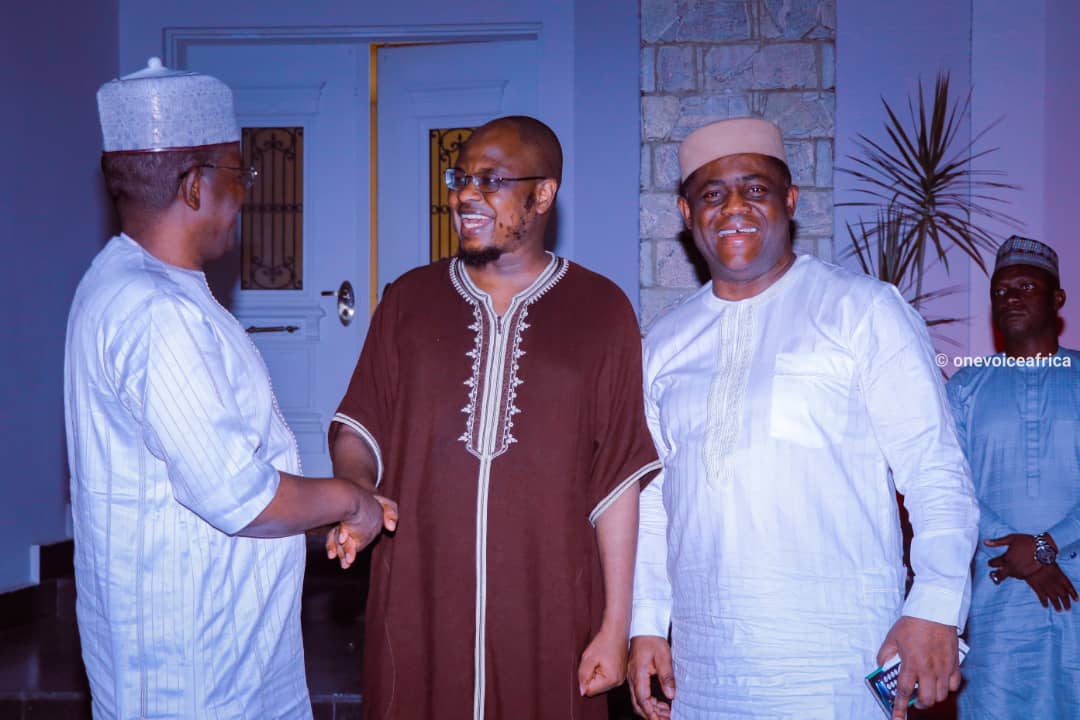 Former Aviation Minister Femi Fani-Kayode has appreciated the Minister of Communications and Digital Economy, Isa Pantami, for inviting him to dinner at his Abuja residence.

Fani-Kayode made this known in a series of tweets alongside pictures of his visit to Pantami’s residence on Twitter on Friday, a day after he defected to the All Progressives Congress (APC).

FFK, who visited the minister’s residence alongside Governor Bello Matawalle of Zamfara state, described Pantami as his friend and brother.

Fani-Kayode added that he will continue to build bridges of peace, unity, love and understanding with the minister and help fight the war against terrorism.

“We were there until the early hours of the morning, we had a wonderful time and we discussed crucial national and international issues and the way forward. Thanks for having us, my brother.

“Together we shall continue to build bridges of peace, unity, love and understanding in our country, fight the war against terror and restore the glory and greatness of Nigeria. Great things lie ahead!”

Naija News recalls that FFK a few months ago went hard on Pantami, describing him as a sociopath among many unprintable names.

Fani-Kayode also lampooned Pantami after the Communication’s Minister came under fire over his past controversial comments supporting an Islamic terrorist group known as the Taliban.

He asked President Muhammadu Buhari to sack Pantami, adding that he is not fit to be a minister of the Federal Republic.