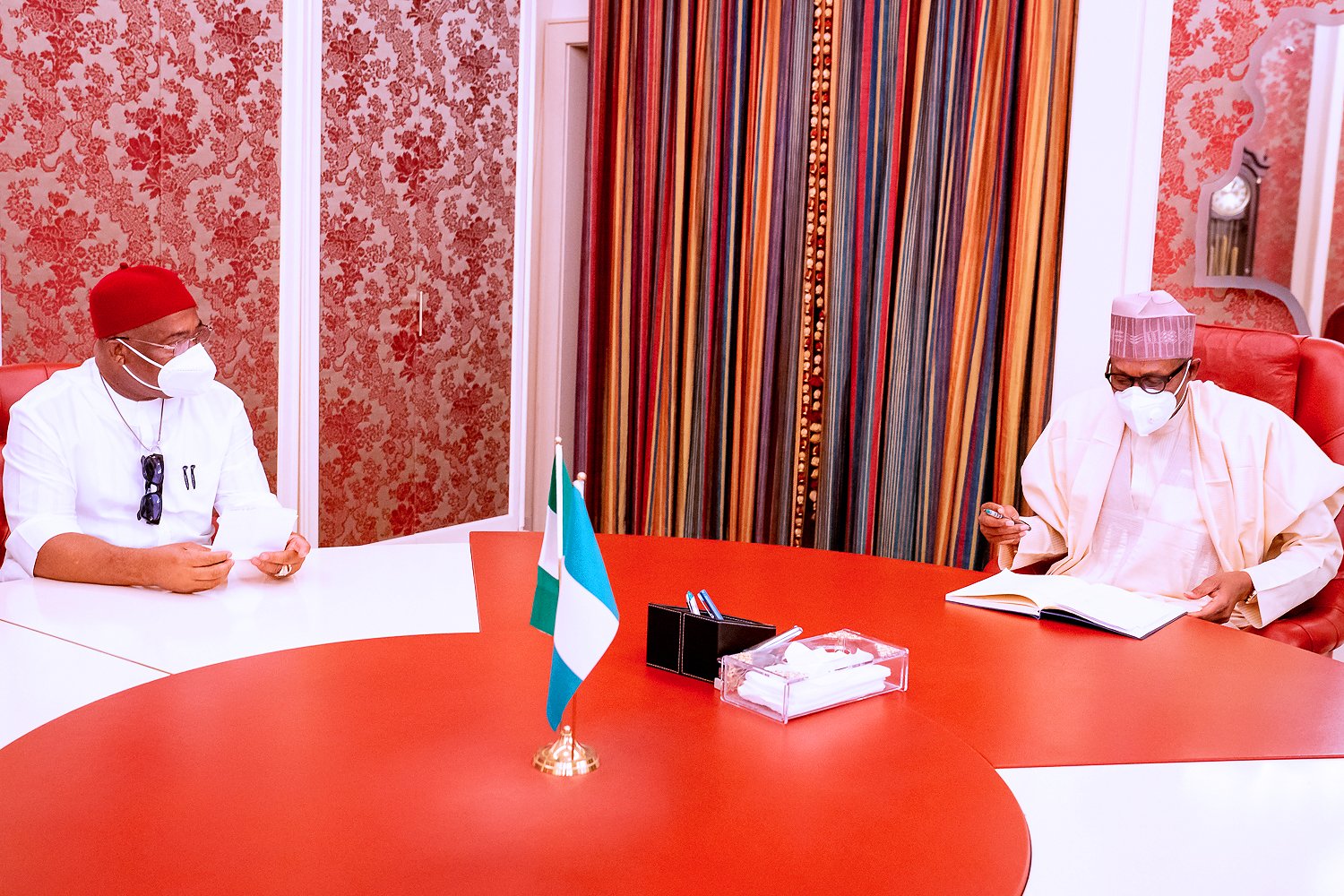 The Movement for the Actualisation of the Sovereign State of Biafra (MASSOB) has asked Igbo leaders to demand the release of IPOB leader, Nnamdi Kanu, from President Muhammadu Buhari during his visit to Imo State on Thursday.

The National Director of Information of MASSOB, Samuel Edeson, made this known in a statement released on Wednesday.

He said it is the duty of all political, traditional, religious and opinion leaders of Igbo land to support Kanu and use the opportunity of the President’s visit to Imo to discuss the continued detention of the IPOB leader.

The MASSOB spokesman added that the Igbo leaders should urge the Federal Government to stop threatening and harassing Ndigbo across the country.

MASSOB reminded Igbo leaders that Kanu is allegedly being subjected to human tortured for the sake of Ndigbo, adding that the IPOB leader represents the aspirations of Ndigbo.

The statement reads: “The leadership of the Movement for the Actualization of the Sovereign State of Biafra, MASSOB, hereby advises the political, traditional, religious and opinion leaders of Igbo land to demand the release of Mazi Nnamdi Kanu from President Muhamadu Buhari during his state visit to Imo and Ebonyi states.

“It is imperative that Mazi Nnamdi Kanu is being subjected to inhuman torture at the DSS detention cage because of Ndigbo. “He represents the aspirations of Ndigbo in Nigeria.

“MASSOB advises Igbo political leaders to use the occasion of President Muhamadu Buhari’s visit to revive the lost confidence and hope Ndigbo bestowed on them by telling Buhari that Ndigbo are not being treated as co-citizens.

“They must demand for the release of Mazi Nnamdi Kanu from detention. “MASSOB reiterates that what Ndigbo want is Biafra from Nigeria. We can never deviate from this clamour for the independence of Biafra Republic”.

In a statement on Wednesday, BNL advised President Buhari to save himself from embarrassment by cancelling his visit to the state.

The statement was signed by the Deputy National Leader of BNL and Head of Operations BBs media, Ebuta Takon.

According to the group, Buhari’s visit would be an insult to the people of Imo State and entire Eastern States for allegedly aligning with the Supreme Court to impose an administrator like Governor Hope Uzodinma against the wishes of the people.

He asked the people of the state not to come out to receive President Buhari tomorrow.

Takon advised people of the state to obey the sit at home order declared by the outlawed Indigenous People of Biafra, IPOB.