Former BB Naija housemate, Tega who got evicted alongside two other housemates on Sunday, September 5th has being going on tour without her wedding band.

Tega had worn her ring while in the Big Brother house and pictures that were taken before she got into the house shows that she wears her ring often. 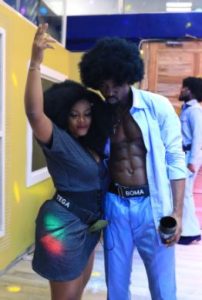 Tega had allegedly gotten herself sexualLy involved with Boma one of the other evicted housemates while in the house.

Naija News recalls that Tega’s husband Ajeboh Krislawrence had complained that he found it hard to leave his home due to how he was being treated by Nigerians after his wife’S escapade with Boma in the BB Naija house.

He also revealed that as at that time his wife had not contacted him after leaving the house. 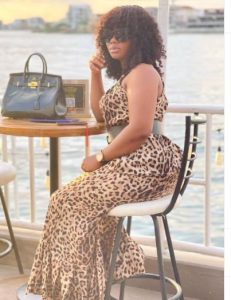 He explained that he was shocked at his wife’s actions in the house because he had pleaded with her to represent married women well. 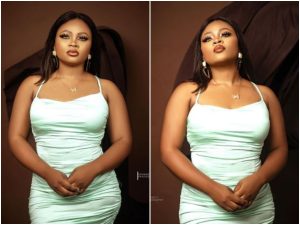 He went ahead to insist that Tega is a good and God fearing woman and he is quite confused at the reason she carried out such unacceptable actions.

He said that he hoped the Tega he used to know would come back to him.

But in an Instagram live interview session with Tunde Ednut, Tega’s husband stated that he would only stick with his wife if she takes responsibility for her action in the house as this will be the first time she will be involved in such an act.