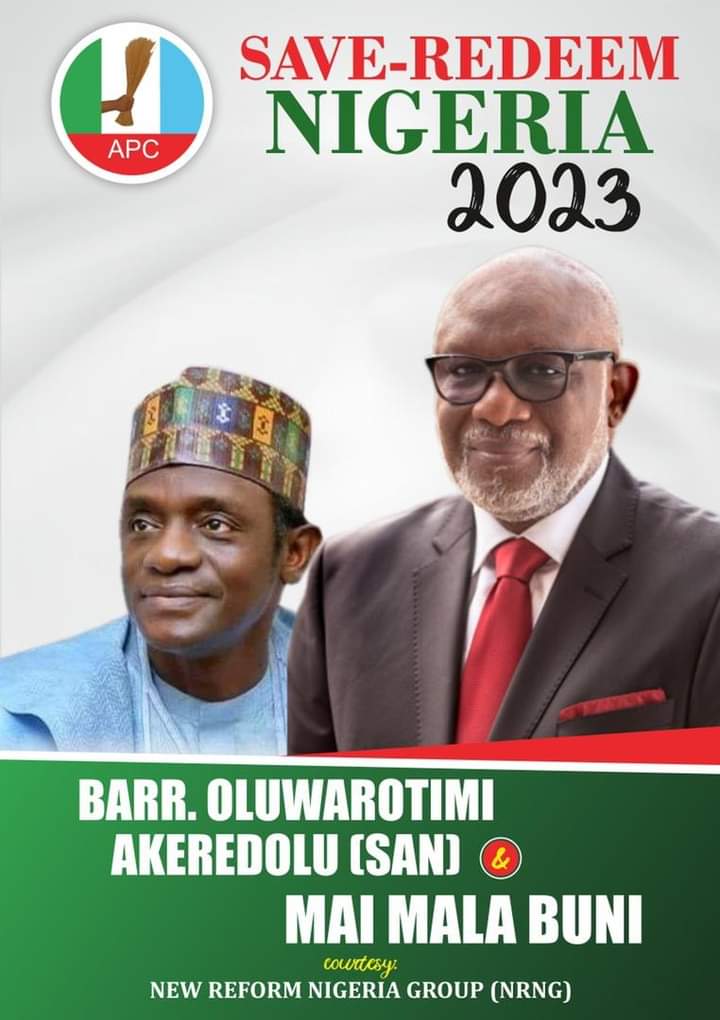 The Executive Governor of Ondo State, Oluwarotimi Akeredolu has finally broken silence on viral posters linking him with the 2023 presidential race.

Akeredolu in a statement on Wednesday, through his Chief Press Secretary, Richard Olatunde, distanced himself from the campaign posters, stating categorically that he has no plan to contest the 2023 presidential election.

Naija News understands that the circulating posters have the picture of Akeredolu and Mai Mala Buni, the Governor of Yobe State and the Chairman of the APC Caretaker/Extraordinary Convention Planning Committee as his prospective running mate.

The campaigners had in their inscriptions given Akeredolu their mandate, urging him to contest the 2023 presidential election.

Akeredolu’s aide, however, said his principal is not running for the presidency and the moves by the pseudo campaigners were needless distractions.

Olatunde said though Akeredolu’s competence is not in doubt, the recent campaign by an unknown person does not represent the governor’s immediate political disposition.

He added that Akeredolu who had just been reelected is only focused on deepening good governance for the people of Ondo State.

In another report earlier, Naija News reported that Governor Akeredolu ordered the immediate closure of a popular clubhouse in Ondo State.

The clubhouse is said to be influencing some teenagers into immoral acts as it is situated opposite a secondary school.