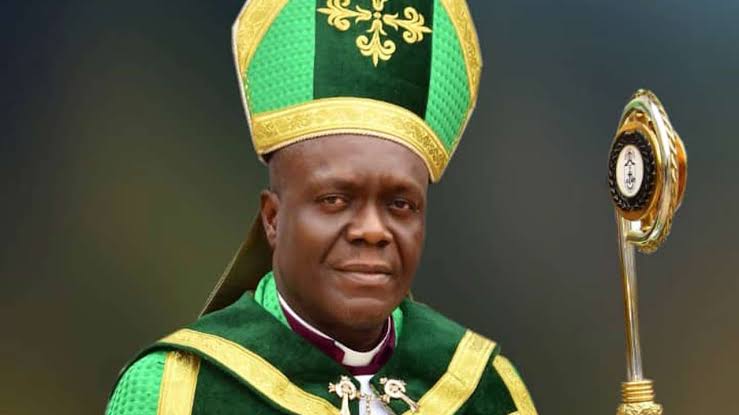 President Muhammadu Buhari-led government has been charged by the Bishop of the Diocese of Nnewi Anglican Communion, Anambra State, Rt. Rev Ndubisi Obi to focus more on bandit terrorists than the Indigenous People of Biafra and its security outfit, Eastern Security Network.

The cleric during a press briefing claimed that the Buhari government allows bandit terrorists to operate without repercussions for their actions, while it deploys its operatives against agitators.

Rev Obi stated this at the Bishop’s court while reacting to issues affecting the country.

The cleric accused officials of the federal government of creating more problems in the country than putting an end to the issues.

He charged the Buhari government to address the challenges affecting the country to stop the agitation.

Obi said, “When you talk about agitation, what leads to that is when the government of the day is not sensitive to what the people are passing through. Instead of doing the right thing, they do the wrong ones.

“So, the Church cannot but advise on what govern­ment should do to stop what brings about the agitation.

“Just look at the way they are handling security issues in this country. I continue to ask myself why the govern­ment should send the mili­tary to pursue the IPOB and its ESN in Imo State when bandits in Northern Nige­ria kidnap school children and students of higher insti­tutions at will. Sometimes they will be more than 100 and are herded into the forest for ransom. And the bandits do these things and go scot-free but every effort is channelled towards the pursuit of agitators,” he said.

In a related development, the presidency has described members of the proscribed Indigenous People of Biafra as terrorists.

The presidency in a statement on Sunday signed by the senior special assistant to President Muhammadu Buhari on media and publicity, Garba Shehu said the group and its members are responsible for acts of terrorism in the southeast region of the country.