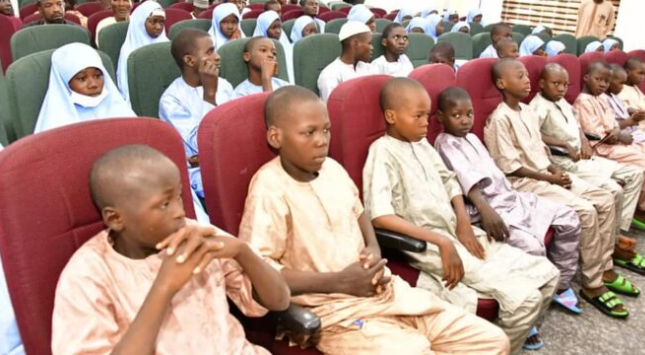 The headmaster of Salihu Taboo Islamiyya school, Tegina, Niger State, Abubakar Alhassan has revealed how the late founder of the Synagogue Church of All Nation, Prophet TB Joshua aided the release of the abducted pupils.

Alhassan revealed this while speaking with newsmen on Friday after the students were received by the state government officials.

Naija News had earlier reported that the pupils were released after been held for 88 days in their kidnapper’s den.

The headmaster noted that the state government, Muslim and Christian clerics and other Sympathises contributed to the release of the pupils.

He, however, noted that two other children who stayed around the school were also abducted, bringing the number of abductees to 95.