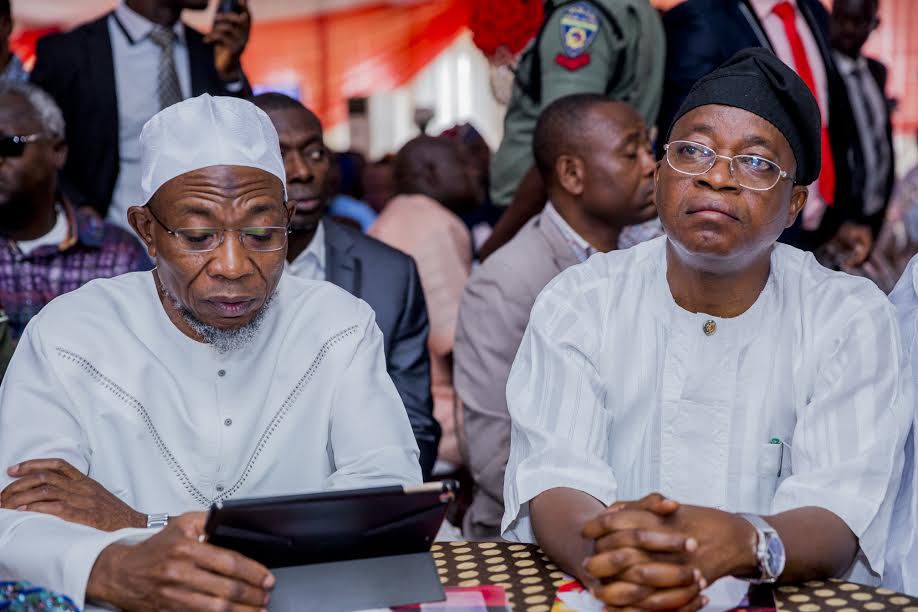 Governor Gboyega Oyetola of Osun State has spoken on his alleged rift with his predecessor, Ogbeni Rauf Aregbesola.

Naija News reports that the duo are rumoured to be at loggerheads over the running of the All Progressives Congress, APC, in the state.

Supporters of Aregbesola, who is the present Minister of Interior, and Oyetola have constantly clashed in the state.

Speaking while featuring on a radio programme to mark the 30th anniversary of the creation of the State, Oyetola said any rift in the APC would be treated as a family issue.

Oyetola, who was a former Chief of Staff to Aregbesola, added that he does not have any issues with The Osun Progressives (TOP), a group renowned for criticising him within the party.

While insisting that he has no grudge against his predecessor, the Osun Governor noted that they sometimes have different opinion on issues.

Oyetola described Aregbesola as his brother, adding that reports of a major problem between him and his benefactor in the media were just exaggerated.

On his second term bid, he said since he supported and worked for eight years as Chief of Staff to ensure the success of Aregbesola’s administration, he believed he would get same from him if the people requested him to contest for a second term.