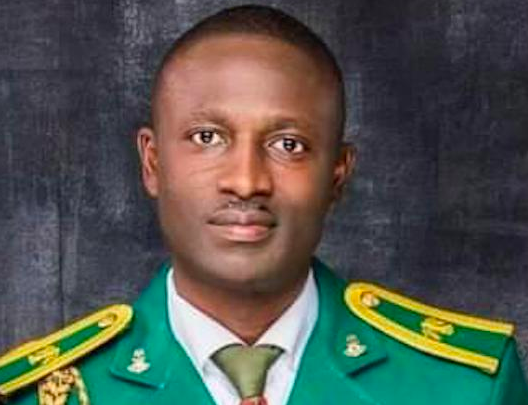 It was learned that the dead body of the officer was discovered on Tuesday evening, hours after the bandits invaded the military facility and killed two other officers.

Earlier, the terrorists had reportedly demanded N200 million from the authorities of the academy to release Datong.

A source told FIJ that the gunmen contacted NDA leadership and demanded the payment of the ransom as a condition that must be met before the officer is released.

“They have called to ask for N200million to free the Major,” the source said.

Datong who hails from Pankshin in Plateau State was born on January 4 1978. The slain officer is survived by his pregnant wife and parents. 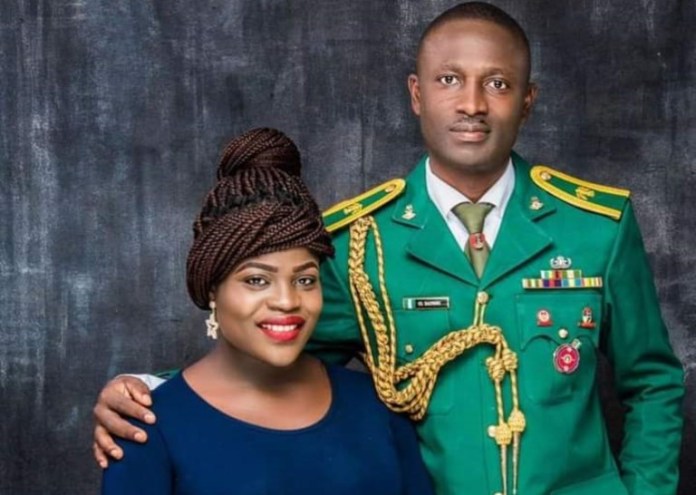 Recall that the Defence Headquarters (DHQ) had reacted to Tuesday’s attack by bandit terrorists on the Nigerian Defence Academy (NDA), Kaduna.

The DHQ, in a statement by the Director Defence Information, Major General Benjamin Sawyer said security has been beefed up within and in the surrounding of the academy.

He also conveyed the condolence message of the Chief of Defence Staff (CDS) to the families and associates of the officers who lost their lives during the attack.

The DHQ added that a search and rescue mission for the officer abducted during the attack has been activated while further details will be released later.

The statement reads: “The gallant troops of the Armed Forces of Nigeria (AFN), in joint operations are in hot pursuit of armed bandits that attacked the officers’ quarters of the prestigious Nigerian Defence Academy (NDA), in Kaduna early hours of 24 August 2021.

“The bandits who sneaked in after breaching the perimeter fence went straight to the officer’s living quarters and started shooting sporadically.

“Unfortunately, two brave and gallant officers paid the supreme price while 1 other officer was abducted by the bandits during the process.

“All efforts have been intensified by troops who are currently combing the entire locations in search and rescue mission for the adducted officers.

“The Commandant NDA, as well as the HQ 1Div with the support of NAF, are presently in a coordinated joint operation to search and rescue the abducted officer and arrest the perpetrators”.

“The Chief of Defence Staff (CDS) wishes to use this medium to condole with the families of the deceased officers, thanked troops for their quick response.

‘’The CDS also wishes to assure the NDA communities of their safety as security has been beefed up while operations are ongoing in the general area. Further details will be released later”.