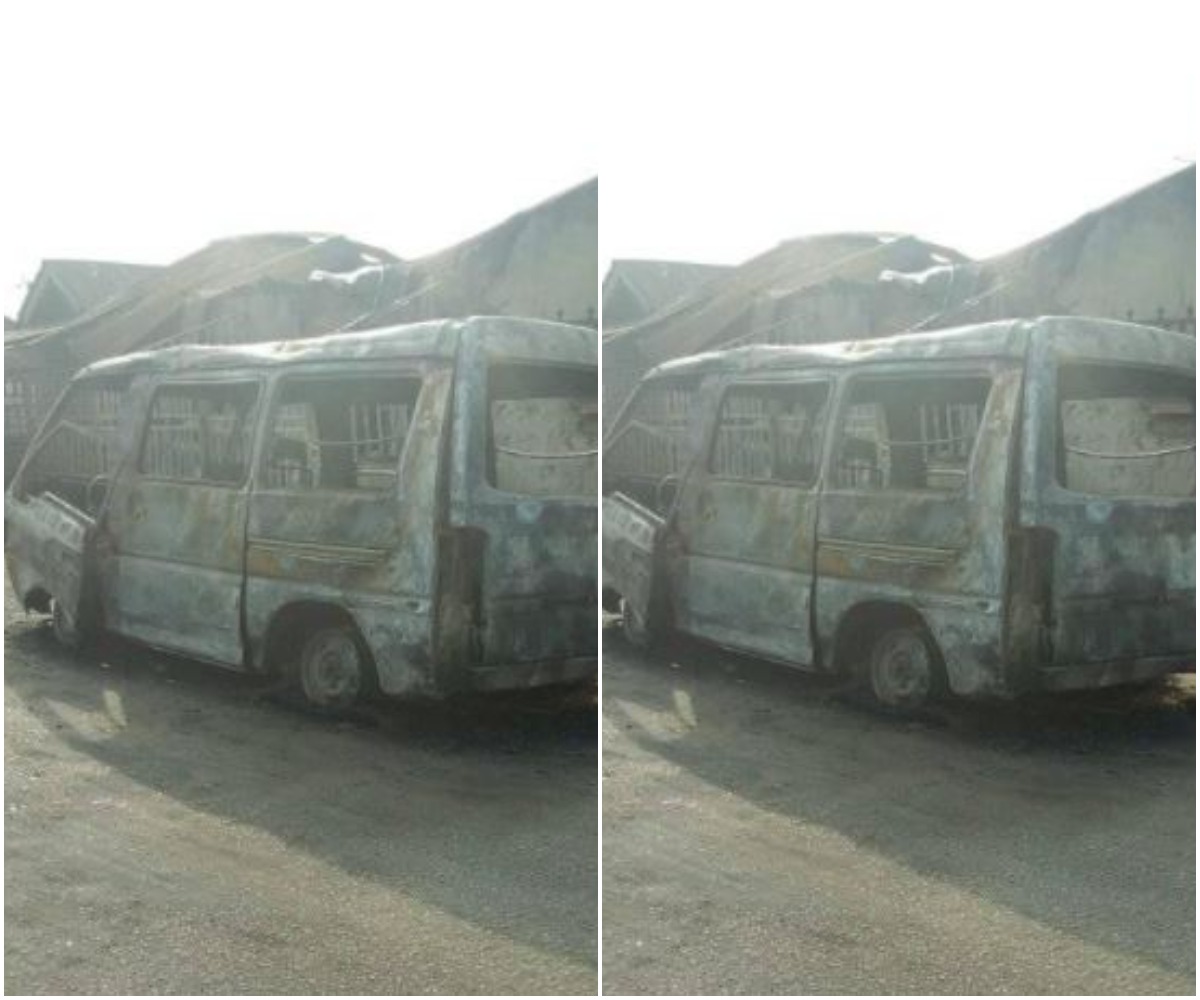 The Nigerian Police Force has confirmed the death of two persons, with a senior officer battling for his life after a bus conveying petroleum products went up in flames.

According to reports, the incident occurred at Elele-Alimini, Emuoha Local Government of Rivers State.

It was gathered that the vehicle was said to be conveying petrol products while travelling along Ahoda, in Rivers state.

Speaking to newsmen about the incident; Nnamdi Omoni, the spokesman of the State Police Command said; “Yes, I can confirm that the fire incident claimed two lives. The policeman who was in the bus sustained life-threatening injuries.

“It is an accident involving two vehicles. Two cars collided and fire ignited. I don’t know if the policeman, a Deputy Superintendent of Police is dead or not. I think he (cop) is in critical condition,” Omoni added.