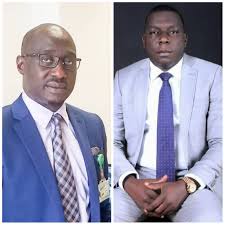 The Court of Appeal, on Saturday, dismissed a request by Senator Stephen Odey to reclaim his seat as the lawmaker representing Cross River North Senatorial District in the National Assembly.

The appellate court, in a unanimous judgment of a five-man panel led by the President of the Court of Appeal, Justice Monica Dongban-Mensem, held that Odey’s appeal was in bad faith.

Recall that the Court of Appeal in Calabar had ordered INEC to withdraw the Certificate of Return earlier issued to Senator Stephen Odey and give to Hon. Jarigbe Agom.

Dissatisfied with the ruling of the appellate court, Odey approached the Abuja Division of the appeal court for a review.

He asked the appeal court in Abuja to review the ruling delivered in Calabar and set it aside, insisting that Jarigbe did not participate in all the processes that led to the by-election as required by the law.

But, in its judgment, the Court of Appeal in Abuja held that, in line with Order 20 Rule 4 of the Procedural Rules of the appeal court, the court cannot sit over an appeal in its own judgment.

It, therefore, ordered Odey to pay N1 million as a consequential cost to the first, second, and third respondents to the suit.