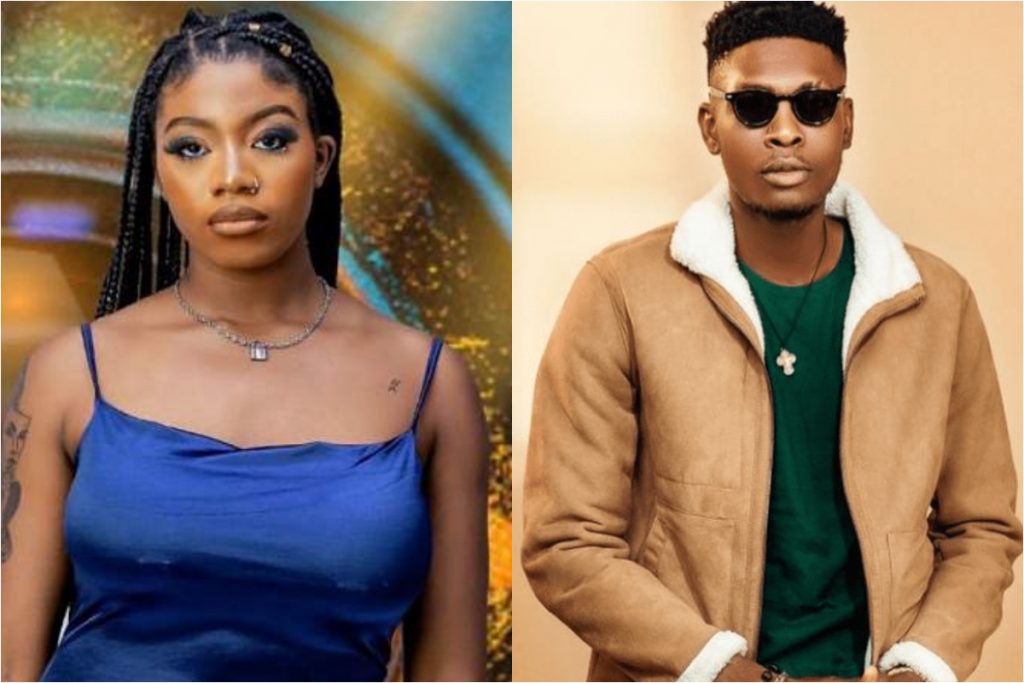 Housemates in the Big Brother Naija reality show, Angel and Sammie on Tuesday morning engaged in a heated argument.

The housemates insulted each other, while others tried to settle the issue.

The argument started when Sammie confronted Angel for kissing the new housemate, Kayvee during Sunday’s truth or dare game.

He described Angel who was his love interest in the house as a confused human being.

Sammie had revealed that he was unhappy about Angel’s kiss with Kayvee, and he would have not been moved if it was with one of the old housemates.

Angel, however, accused Sammie of ‘slut-shaming’ her.

She noted that she knows what she wants and it’s not Sammie.

Angel replied, “I’m not confused, I know what I want and it’s not you. If you didn’t slut-shame me, I won’t react this way.”

“You were slut-shaming me. You said it. Stop lying. I would not come on live TV and lie.”

“I actually knew this thing was coming because I would dress the way I want to dress like.”

“I’m single. You can’t come here and tell me that I’m kissing every guy here. I’ll kiss whoever I want to kiss.”

Sammie, while speaking to other housemates who tried to calm him down, said, “I was jealous and so, she has a nice body. So would you say I should not be jealous?”

Why I Fought With Sammie – Angel Explains