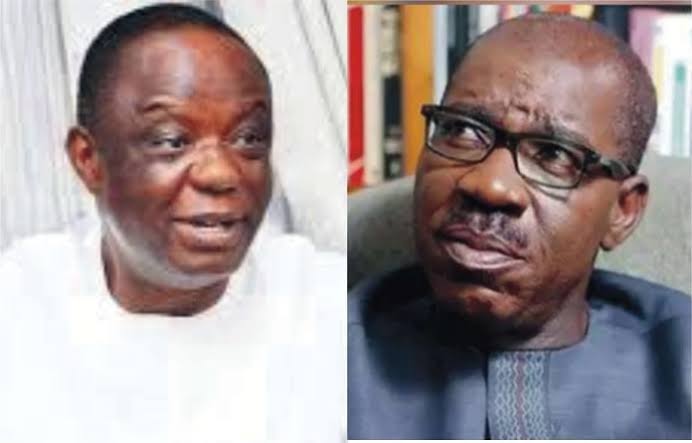 Governor Godwin Obaseki of Edo State has reacted to the death of billionaire businessman and philanthropist, Captain Hosa Okunbo.

Naija News had earlier reported that Okunbo died in London on Sunday morning after a long battle with cancer.

Reacting in a statement sent to Naija News, Obaseki described the late Okunbo as a brother.

He said: “It is with a heavy heart that I mourn the passing of a great son of Edo State, a brother, a distinguished Nigerian, an illustrious businessman and an accomplished philanthropist, Captain Hosa Okunbo.

“A man of unparalleled energy and accomplishments, Captain Okunbo saw opportunities in adversity and from an early age in life, carved a niche for himself to become one of Nigeria’s most outstanding businessmen.

“A trained pilot, he conquered the air at an early age and set for the waters and land, building enterprises that distinguished him in the business world and embodied the hard work, perseverance, dexterity and acumen that espoused his Edo heritage.

“Okunbo was a philanthropist who gave lavishly of himself and his resources; thousands of Edo sons and daughters benefited from his charitable works and benevolence.

“As a mortal, Captain Okunbo was not a perfect person just as none of us can claim to be, but he will be remembered for his undying love for Edo people.

“His desire for the development and progress of our dear state, the Niger Delta region and Nigeria as well as his invaluable contributions to building bridges of peace across the country will never be forgotten.

“I commiserate with the Okunbo family, friends and associates of our departed brother and pray that God will grant all the fortitude to bear this irreparable loss.”