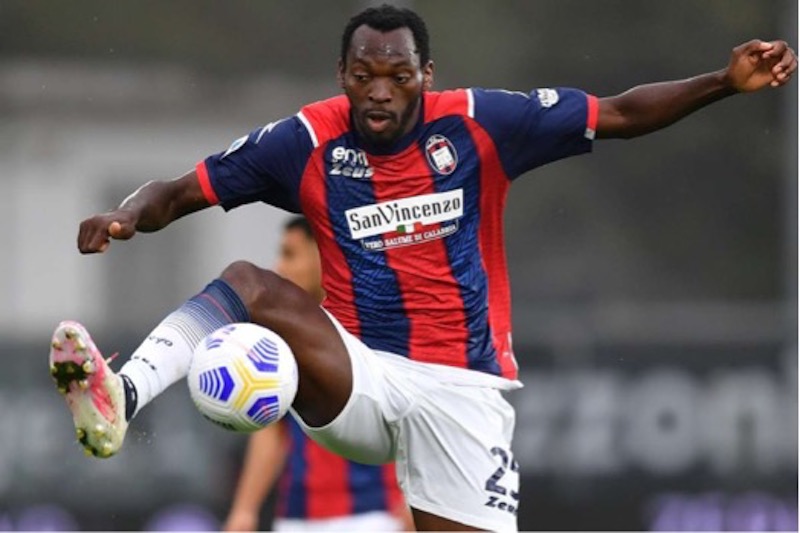 According to The Telegraph, Nwankwo could pair with England National team captain, Harry Kane, at the Tottenham Hot Spur Stadium next season.

Naija News understands that Nwankwo caught the eye of Nuno Santo‘s side after scoring 20 goals in 38 Serie A league matches for relegated Crotone last season.

Tottenham’s new technical director, Fabio Paratici, is keen to add more firepower to Spurs’ attack as the Premier League side targets another striker to provide support for the England captain.

Though the 29-year-old forward’s contract is expected to end this summer with Crotone, he has been linked with Udinese, Genoa, Torino and Lazio.

However, speaking on his next club, agent Vincenzo Morabito, admitted during an interview that Nwankwo could be heading to the Premier League despite considering staying in Serie A.

Morabito said, “His preference is for foreign countries; eventually, we will consider offers from the upper-middle-range Serie A club.

“We are therefore working mainly on the English market, where the clubs are economically more solid and can offer important figures both to Crotone and to the player. He deserves a championship like that.

“Let’s see what happens in the next few weeks. At the moment, I repeat, the most concrete track is the one that leads to the Premier League.”

Meanwhile, a French professional footballer who plays as a centre-back for La Liga club Sevilla, Jules Olivier Kounde, is about to join Chelsea.
Naija News reports that the English Premier League club has agreed on personal terms with the 22-year-old.