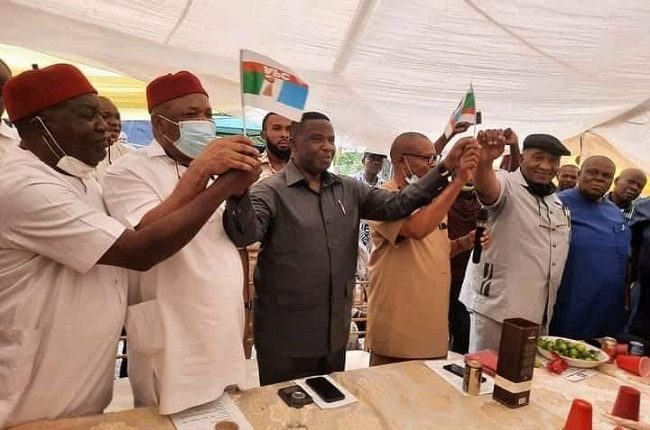 Ohakim had initially denied media reports that he was nursing plans to join the APC only a few hours before he defected to the ruling party.

The former Governor defected to the APC at Okohia, in Isiala Mbano Local Government Area of Imo State and was welcomed by party officials.

Naija News reports Chief Ohakim served as the governor of Imo State between 2007 and 2012 under the platform of the Peoples Progressive Party (PPA).

He later dumped the PPA and joined the Peoples Democratic Party (PDP) and has now pitched his tent with the APC.

According to Ortom, the silence of the government about the insecurity ravaging the country is a continuation of the 1804 Usman Danfodio Jihadist Movement in the country.

He further accused the Buhari government of nepotism by going after some purported enemies while turning a blind eye to the activities of some criminals particularly the Fulani militia operating in parts of the country.