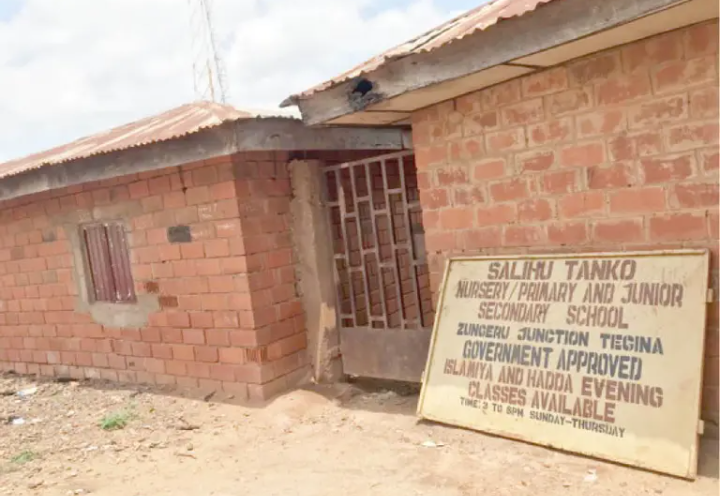 The abducted students of Salihu Tanko Islamiyya School in Tegina, Niger State have been spotted in Lakpma of the Shiroro Local Government Area of the State.

There are claims that three of the abducted students have lost their lives in their abductor’s den.

The president of the Allawa youth group, Jubrin Allawa, in a post on his social media account, called for the student’s release, adding that they now looked malnourished.

He said, “there is the need for a proactive measure in rescuing abducted Kagara islamiyya school children languishing in Allawa Games Reserve.

“Our attention was drawn by our locals about the movement of the bandits carrying the school children around Lakpma axis of Shiroro Local Government Area on Thursday evening.

“The criminals crossed Maganda junction along with Allawi pandogari road, unfortunately, one Jamilu Madaki Kurmi was caught and shot on his hand.

“Madaki confirmed to have seen the malnourished islamiyya school children on the bikes of their captors.

“On Sunday night, the bandits stormed Wutare village and arrested the villagers forcing them to cross the river with them while some of the villagers narrated the terrible situation they saw the remaining school children as pathetic.

“Having heard all this information, we have been in touch with the relevant authorities but unfortunately no visible proactive measure has been taken.”

Allawa in the post also commended the Concerned Shiroro Youths for always keeping a tab on security situations around the Shiroro Local Government Area and intimating the relevant security agencies.

The headmaster of the school, Malam Alhassan Garba Abubakar, while speaking on the situation disclosed that parents of the pupils had raised a certain amount which was handed to the bandits.

“As I speak with you, there is no latest news about the children.

“The last time the bandits contacted us was five days ago and before then we were able to raise a certain amount out of the N30milion they were insisting on which I can’t disclose to you but even with the amount, they didn’t release our children.

“They told us that three of them are dead already and with such news no parent would be okay.

“We have resulted to prayers for God’s intervention,” he said.