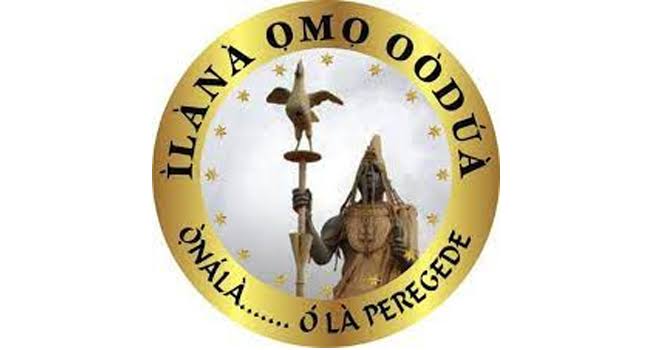 A manual has been released for individuals interested in joining agitation for the Yoruba Nation.

Naija News understands that the 37-page manual was released by Ilana Omo Oodua, the Umbrella body of Yoruba Self-Determination Groups.

The manual, signed by National President Ilana Omo Oodua, Prof. Emeritus Banji Akintoye, contained all conditions that must be met when holding a rally or protest. It also explained in detail the need for collaboration between all self-determination groups across the world.

Akintoye reiterates in the manual the goal of the agitators, which include the determination to separate from Nigeria via a peaceful and law-abiding path.

Naija News reports that the manual is coming barely three days after activist, Sunday Adeyemo, popularly known as Sunday Igboho was arrested at the airport in Benin’s capital Cotonou.

Ilana Omo Oodua explained that the manual supplies all kinds of information needed by agitators to prosecute the struggle; adding that it supplies guides to the struggle’s strategies and methods.

The manual also provided the basic details of the Yoruba nation’s reasons, part of which were given as “the Yoruba people’s devastating experiences in Nigeria, the progressive (and now almost total) destruction of democracy in Nigeria, the primitive and blood-curdling agenda of ethnic cleansing and genocide in Nigeria, the constant human brutalisation, pains and death and regime of crimes against humanity in Nigeria”.

“We will push for negotiating tables, and never push for street brawls or any other kind of conflicts. And if we find, among our people, any nationalist activist person or group that is inclined towards violence, we will encourage them to turn instead to peaceful and law-abiding means.

“After careful studies of the records of separatist movements in our world, we are persuaded that the peaceful approach is more likely to succeed. Various nationalist agitations in various countries of the world have, in the past century, employed violent means at various times while striving to achieve their nationalist goals.

“Yoruba groups engaged in serving the Yoruba nation need to note carefully that none of these uses of violent or terroristic methods achieved their purpose of self-determination or autonomy for their nations; all they succeeded in doing was to generate confrontations and wars with the governments of their countries.

“Young nationalist agitators, being young, are naturally attracted to tough and rough activism. From only proudly proclaiming the virtues of their nations, youthful nationalist activists commonly tend to lapse into insulting other nations, into needless bragging and boasting, into daring or challenging other nations, or even into daring and challenging their country and its government – all of which actions tend to provoke avoidable conflicts, hostile governmental actions, and even wars. Our Yoruba youths must learn the truth that the use of rough and violent means does not usually confer success – and, indeed, that it is usually more likely to prevent success.

“Emulating the kind of peaceful processes employed by nationalist movements that have achieved various grades of success in our times –the Scots, Welsh, French Canadians, Czechs, Slovaks, Timor Leste and others – our various Yoruba self-determination groups and organizations must operate peacefully. Altogether, we Yoruba must demonstrate our Yoruba nation’s civilization and maturity, while resolutely and irrepressibly pushing our way forward to the great goal of Yoruba strength, self-determination, self-fulfilment and prosperity.”