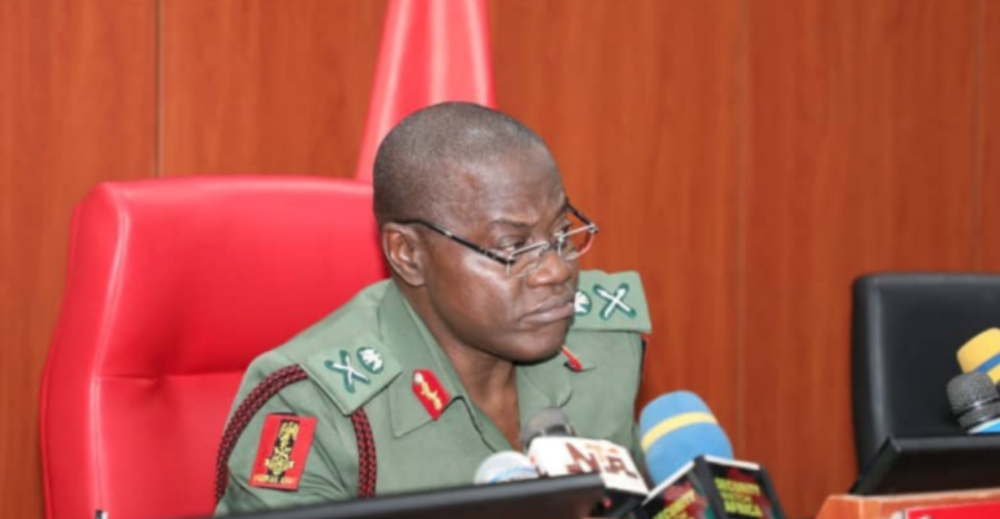 The Chief of Army Staff (COAS) Lt Gen Farouk Yahaya has commiserated with troops who were involved in a road traffic accident on Thursday 8 July 2021, at Garin Kuturu, along Maiduguri- Damaturu road, while responding to a distress call.

Naija News earlier reported a video showing the troops were on their way to rescue travellers attacked by Boko Haram along Maiduguri-Damaturu road.

The incident happened in the Auno–Jakana axis which links neighbouring states Borno and Yobe which is usually targeted by terrorists.

The military personnel were speeding to ensure that they got to the scene of the attack before the terrorists flee.

Revealing the official details of the incident, Army spokesperson, Brigadier-General Onyema Nwachukwu explained in a statement on Friday that sadly, one of the gun trucks conveying the troops skidded off the road and rammed into a road shoulder, causing the vehicle to somersault.

Nine personnel who sustained varying degrees of injury in the accident have been evacuated and are currently receiving medical attention in a military medical facility.

Thankfully, no fatality was recorded in the accident.

Gen Yahaya while lauding the troops for their swift response, urged them to be more circumspect during emergency operational responses.

Meanwhile, the Chief Of Army Staff, Lt. Gen Farouk Yahaya has promised that wounded Nigerian soldiers that need further treatment abroad to get better will be flown out accordingly.

He made the promise during his visit to wounded officers and soldiers at the 44 Nigerian Army Reference Hospital in Kaduna on Thursday.

Gen. Yahaya also used the opportunity to reiterate the Nigerian Army’s (NA) commitment to giving prompt attention to the medical needs of wounded officers and soldiers.