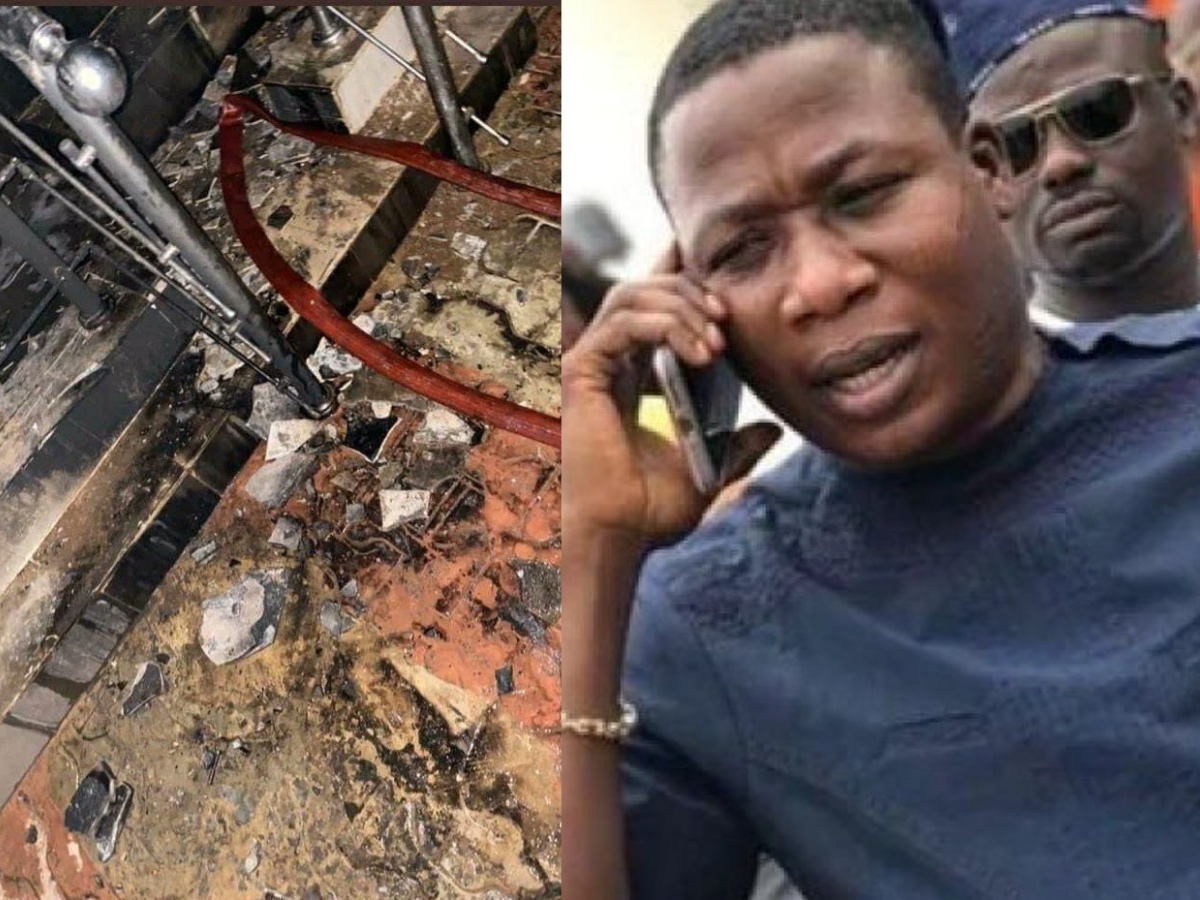 The operatives of the Department of State Services (DSS) reportedly carried out the attack on the residence of renowned Yoruba activist, Sunday Adeyemo, better known as Sunday Igboho.

Recall that Igboho’s house located in the Soka area of Ibadan, Oyo State was invaded by gunmen reportedly in military camouflage at midnight on Thursday.

A report monitored by Naija News on The PUNCH today revealed that a top security source, who pleaded anonymity for security reasons said the secret police operated in Sunday Igboho’s residence.

“The DSS operated in his (Sunday Igboho) house in Ibadan on Thursday morning,” The PUNCH quoted the security source as saying.

The source, however, did not speak further on Igboho’s whereabouts and whether if any of his aides were arrested, killed during the raid. Efforts to confirm the alleged invasion by the secret agency, however, proved abortive as the DSS Spokesman, Peter Afunaya, could not be reached at the time.

However, in his response to messages sent across to him by The PUNCH, the DSS spokesman wrote: “Got into a meeting, will revert to you afterwards. Good afternoon.”

In another report earlier, the Arewa Youth Consultative Forum, AYCF noted that the arrest of the leader of the Indigenous People of Biafra, Nnamdi Kanu, is a clear message to other agitators.

The President of the group, Yerima Shettima, said the arrest of Kanu would a clear signal to Yoruba Nation agitator, Sunday Igboho. Naija News reports that Shettima while speaking with Daily Post further stated that Kanu’s arrest would see agitators learn not to resort to violence.