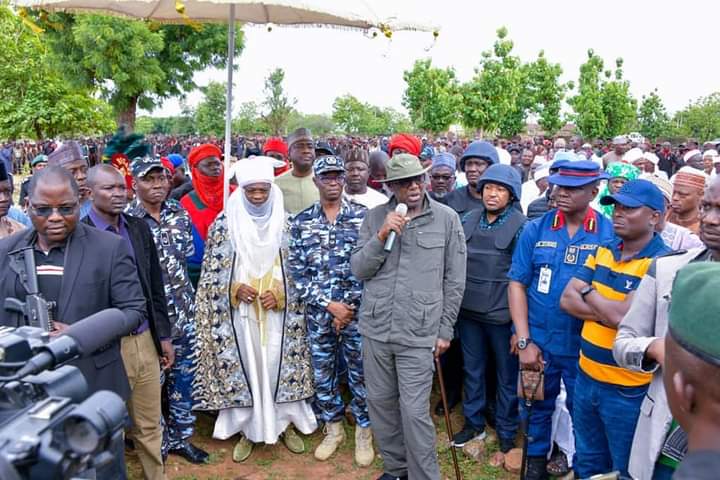 Governor Abubakar Sani Bello of Niger State has revealed his administration will end banditry, cattle rustling, and other criminal activities in the state.

Speaking with security agencies in Kagara, Rafi Local Government Area of the state on Monday, the governor asked the team to rescue the abducted Tegina Islamiyyah students.

Bello said was time for his government to take decisive action towards ending the bandits’ activities in the rural areas.

The governor commended the security personnel for their efforts in fighting the bandits in the last few weeks.

He, however, mourned the killing of 20 Vigilante Corps members by the bandits in Magama Local Government Area.

The governor also advised the federal government to collaborate with neighbouring states to improve security.

He said: “I enjoined the federal government to intensify efforts at ensuring that adequate measures are evolved in collaborating with her neigbouring countries, noting that from all indications, the bandits are foreigners”.

“We are all very sad that it has gotten to a point where we are no longer allowed to live our normal lives by bandits. We have to try our best not to make them succeed in forcing us to change our way of life,” he said.

“They started by displacing farmers, next they moved to burning farms, next to kidnapping children and forcing us to close schools, and only God knows what next. We cannot afford to allow that happen anymore.

“I pleaded with the parents to be patient. The government is trying its best. None of us here can feel the pain of the parents. We can only think. I know they are in pain. They haven’t seen their kids for three weeks. But we’re being very cautious in terms of our operations, so we don’t lose innocent lives.

“Of course, you know it isn’t our policy to pay ransom, but the abductors have been in contact with the parents association. The parents have offered them what they can, obviously because they want to get their kids back as soon as possible. But it appears the abductors are not honest. After agreeing with the parents, they started moving the goal post. This is the third week, and we’re here to take a decision.”