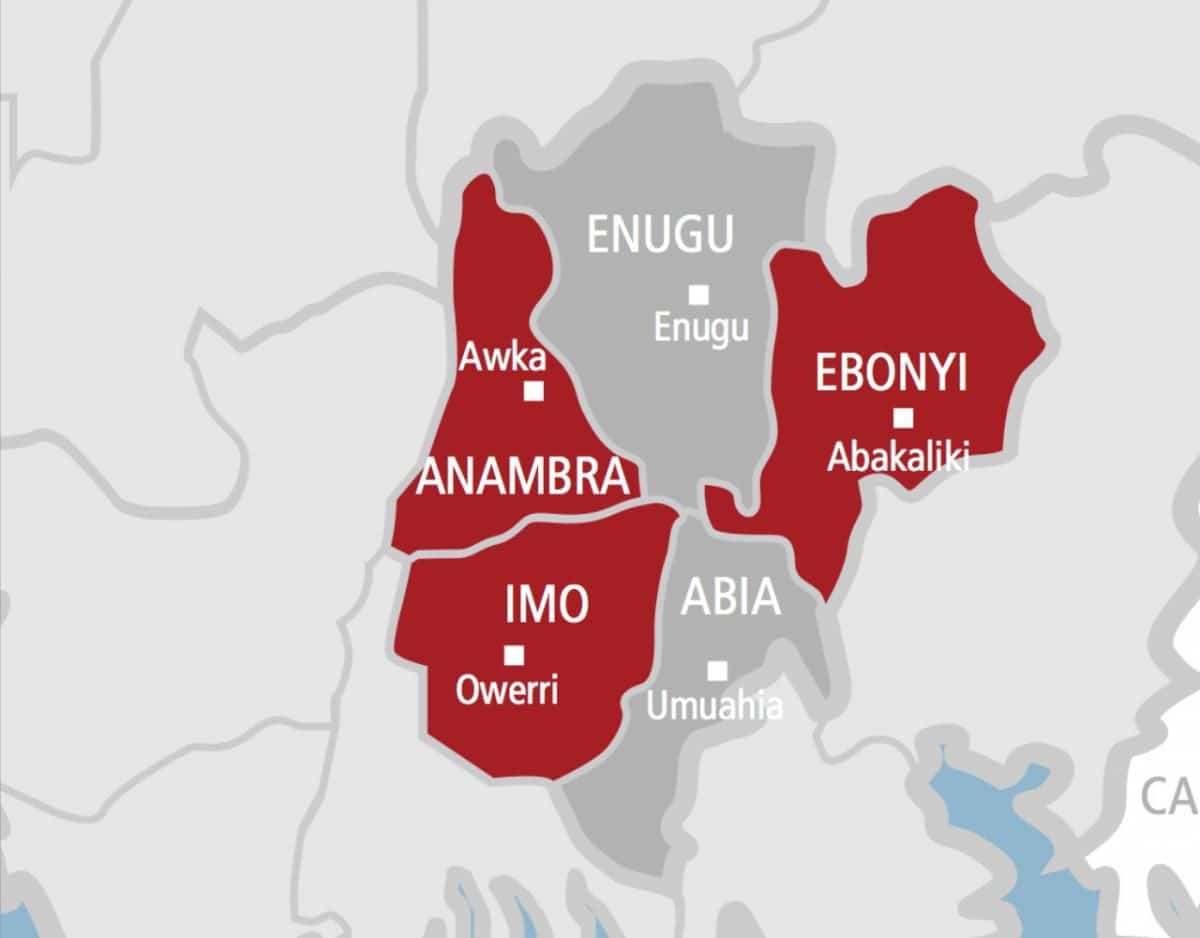 Some Igbos have rejected the position of the Southeast governors who on Saturday distanced themselves from the proscribed Indigenous People of Biafra (IPOB).

Naija News reports that the five Southeast governors had on Saturday after a meeting in Enugu disowned the secessionist group, stating that the group does not speak for the Igbos.

Chairman of the Southeast Governors Forum, David Umahi, who stated this while addressing newsmen shortly after the meeting, said they believe in one Nigeria.

The meeting was targeted at proffering solutions for the current insecurity ravaging the region particularly Imo, Abia, Anambra and Ebonyi State.

“We condemn in totality, the activities of violent secessionist groups in the South East and elsewhere,” he said.

“We firmly proclaim that we do not support them, they do not speak for the South East.

“The impression that South-East leaders are silent over some of our youths’ agitations for secession is not correct.

“South-East Governors, Ohanaeze President, National Assembly members, notable leaders had come out publicly many times in the past to speak against such agitations.”

Not happy with the proclamation of the governors, some Igbos took to social media to berate the five governors for their stand on Biafra.

See some social media comments below as compiled by DailyPost:

Omesi Bonn Pillar said, “Southeast governors forum cannot speak for the youths and of course we have decided to exit Nigeria whether or not the governors want it.

“The said governors have mortgaged our future for so long until the advent of IPOB which has come to rescue and set us free by process of giving us Biafra—and that we have aligned with. We are asking for a referendum in order to settle everything”.

According to Ifeanyi Ejimkonye, “It’s quite unfortunate, disheartening and irritating that south east governors can officially disown IPOB and support one Nigeria with the high level of marginalization just because of their selfish interest. I am so ashamed of so-called Southeast Governors.”

“You people should continue showcasing stupidity, greediness and insensitivity. It’s now obvious that you people are not speaking for Igbos. Chukwu Okike Abiama will punish you people one after the other.”