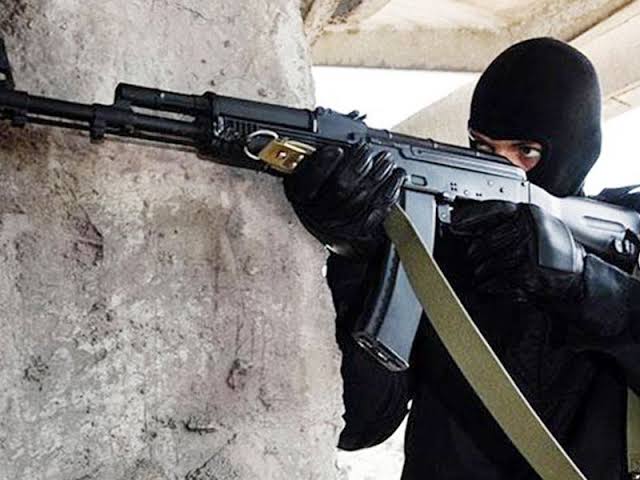 Imo State House of Assembly member, Ekene Freedolin Nnodimele, has revealed those who attacked his house and beheaded his security man.

Naija News reported on Wednesday that unknown gunmen invaded the house of the lawmaker representing Orsu State Constituency in the Imo, beheading his gateman on duty.

It was gathered that the armed men also set his house which is located in Ebenato, Awo Idemili on fire. A further report had it that the gunmen also razed the house of the immediate past Attorney-General and Commissioner for Justice, Cyprian Charles Akaolisa, in the community.

Confirming the attack and giving further details on the incident, Nnodimele in a telephone interview with reporters a few moments ago suspected that the arsonists who set his ancestral home on fire and beheaded his security man are foreign mercenaries

He said, “it was very shocking news to me. I least expected it because I know that my constituents are not violent people. I don’t think I have any issue with my constituents.

“My aged parents were in the house when the incident occurred. They were shocked to the bone marrow.

“Taking of peoples lives is alien to Orsu people. This is unbelievable. I think it’s the handiwork of foreign mercenaries. So I leave everything to God.

“Our security agents should extend their architecture to the rural areas.

“In a couple of months, many lives have been lost and property, worth millions of Naira destroyed. This is unacceptable. The security agents should step up action to nip the problem in the bud,” he lamented.