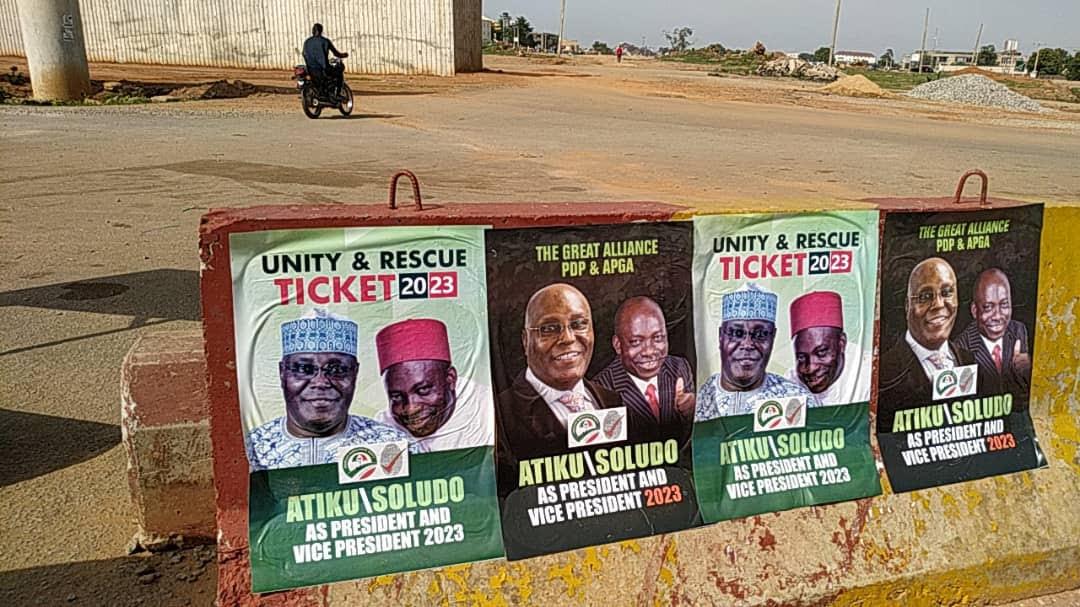 The posters which had captions declaring the candidacy of Atiku as a presidential candidate and Soludo as his running mate were seen in various strategic locations in Abuja during the weekend.

The posters were seen in Garki, Maitama, Wuse area, and the Airport Road in Abuja.

Those behind the posters claim the candidates will rescue Nigeria and bring unity.

Naija News reports Atiku belongs to the Peoples Democratic Party (PDP) while Soludo is a chieftain of the All Progressives Grand Alliance (APGA) but the posters claim a great alliance between the PDP and APGA.

The posters are however generating controversy and confusion in certain quarters as Soludo is believed to have his eyes set on becoming the next governor of Anambra State in the gubernatorial election scheduled for November 2021.

As at the time of filing this report, the parties involved are yet to release any official statement on the posters.