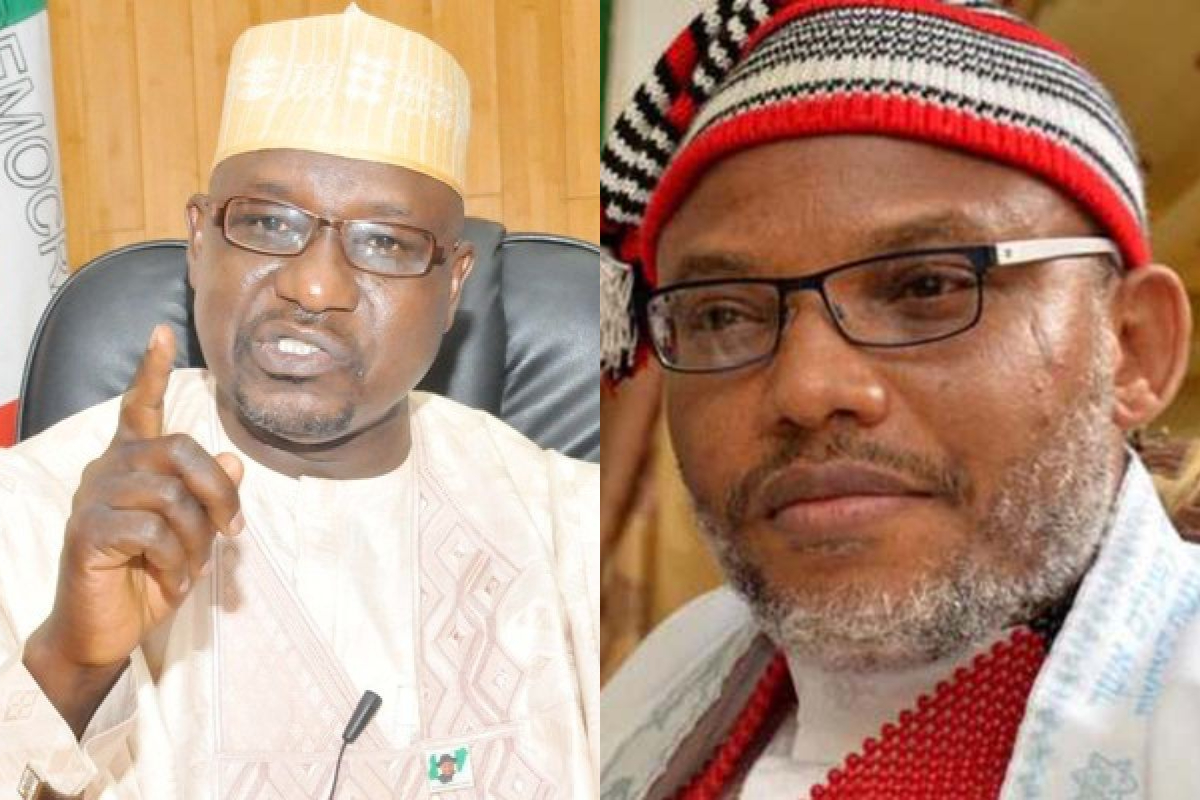 In another bid to clear the name of his group in the murder of Ahmed Gulak, the leader of the Indigenous People of Biafra (IPOB), Nnamdi Kanu, has released a fake video of the slain Adamawa politician.

Nnamdi Kanu who released the video of the individual he falsely claims to be Gulak on his Twitter handle on Friday morning insisted that IPOB or the Eastern Security Network (ESN) was not responsible for the assassination of the former presidential aide.

The IPOB leader wrote: “Ahmed Gulak knew his life was in danger. He mentioned the name of his killer in this video, yet the Nigerian president, Bola Tinubu, an unconscionable media and poorly educated Nigerians filled with loathing for Biafra wanted to pin it on IPOB/ESN to justify their ongoing genocide.”

Ahmed Gulak knew his life was in danger. He mentioned the name of his killer in this video, yet @NGRPresident, @AsiwajuTinubu, an unconscionable media, poorly educated Nigerians filled with loathing for #Biafra, wanted to pin it on IPOB/ESN, to justify their ongoing genocide. pic.twitter.com/uUkHHqEXxh

Naija News recalls that a former political adviser to Goodluck Jonathan, Ahmed Gulak, was assassinated in Owerri, Imo State, on his way to catch a flight at Sam Mbakwe International Cargo Airport.

Following his murder, a northern group had threatened to carry out a reprisal attack if those behind Gulak’s killing were not brought to book.

The Nigeria Police had blamed the proscribed IPOB for the killing, while also claiming to have killed the assassins.

In the video published by Nnamdi Kanu, the yet-to-be-identified man could be seen calling on President Muhammadu Buhari to sack his National Security Adviser (NSA), Babagana Monguno.

The man also accused NSA Monguno of being behind the nation’s security woes.

This online newspaper had earlier reported that Nnamdi Kanu had first released an audio allegedly from Gulak lambasting NSA Monguno.