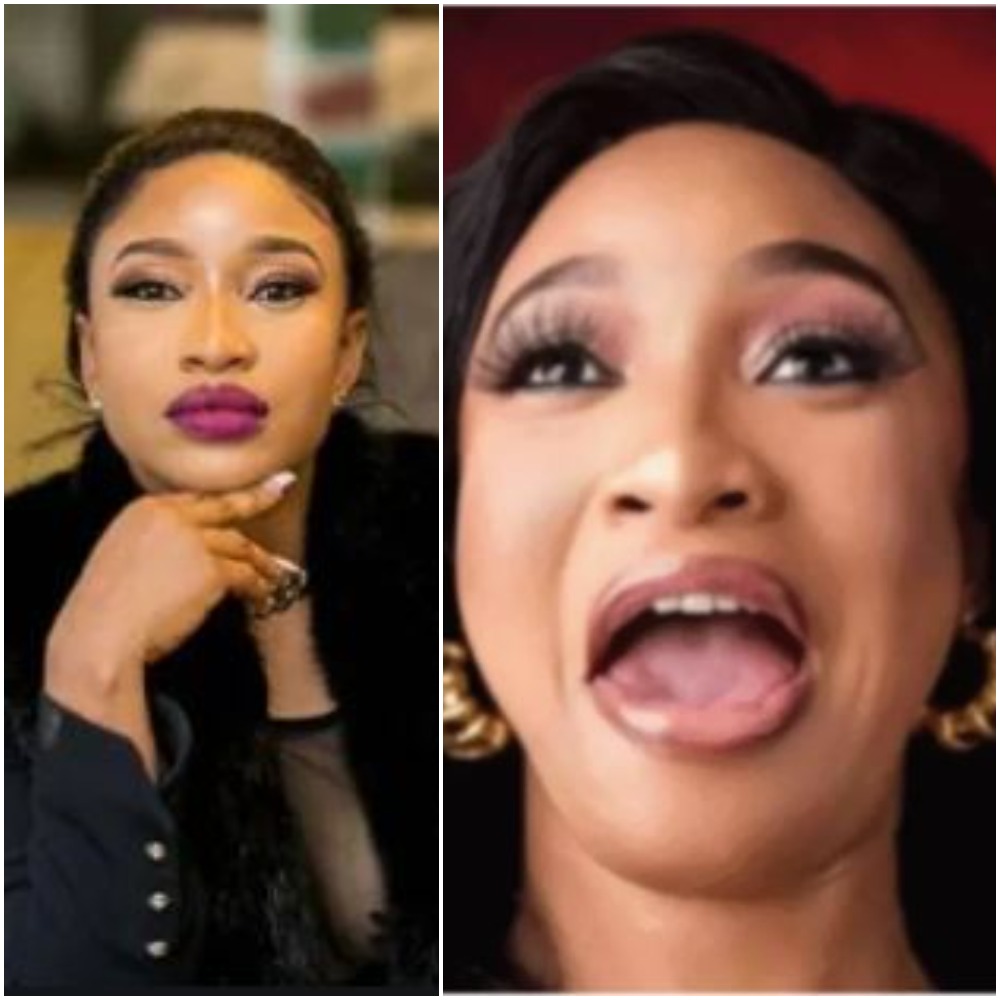 Controversial Nollywood actress, Tonto Dikeh has taken to social media to cry out after a Nigerian bank sent her an unsolicited loan offer.

According to the mother of one, she had a nightmare and was shocked to wake up to another nightmare (a bank loan offer). However, she humbly declined the offer revealing she doesn’t want to die early..

”Woke up from a nightmare to meet another terrible nightmare (1st thing i open my mail, boom letter from the bank. To come and take a loan, these banks wanna know who to kill early. Dear Lord, i can’t fall for this ooo.”. 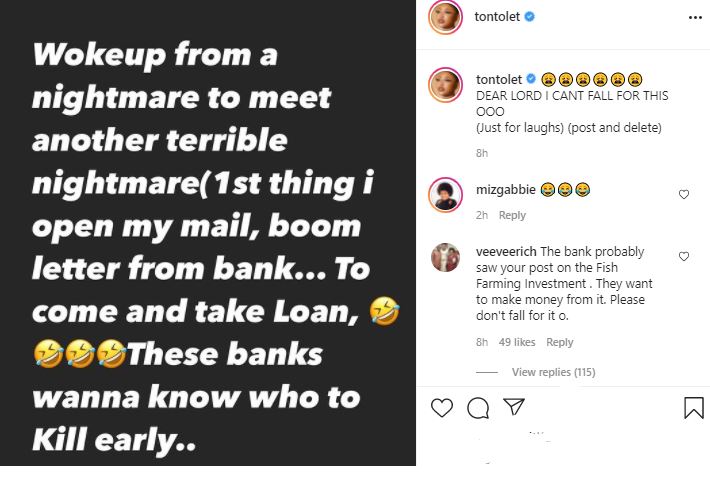 Meanwhile, Nollywood actress,  Tonto Dikeh, has said rapists should either face the death penalty or be castrated.

The mother of one in an interview with Punch said, “In Nigeria, cases of rape are fast assuming a threatening dimension that requires urgent intervention. Rape, like other forms of violence against women, is an infringement on women’s rights, privacy, self-preservation and dignity. There is little or no policy or law that protect the victims as they are most times blamed, stigmatised and humiliated by society if it is brought to the public domain. This hinders victims from embracing a mindset of reporting such an inhumane crime to the appropriate authorities.

“I believe that any person found guilty of rape should be sentenced to death either by hanging, firing squad, lethal injection or electrocution. I would also recommend castration. Rape cases and sexual molestations have become the order of the day, and the victims are not getting enough justice. Most of these perpetrators still walk freely.”