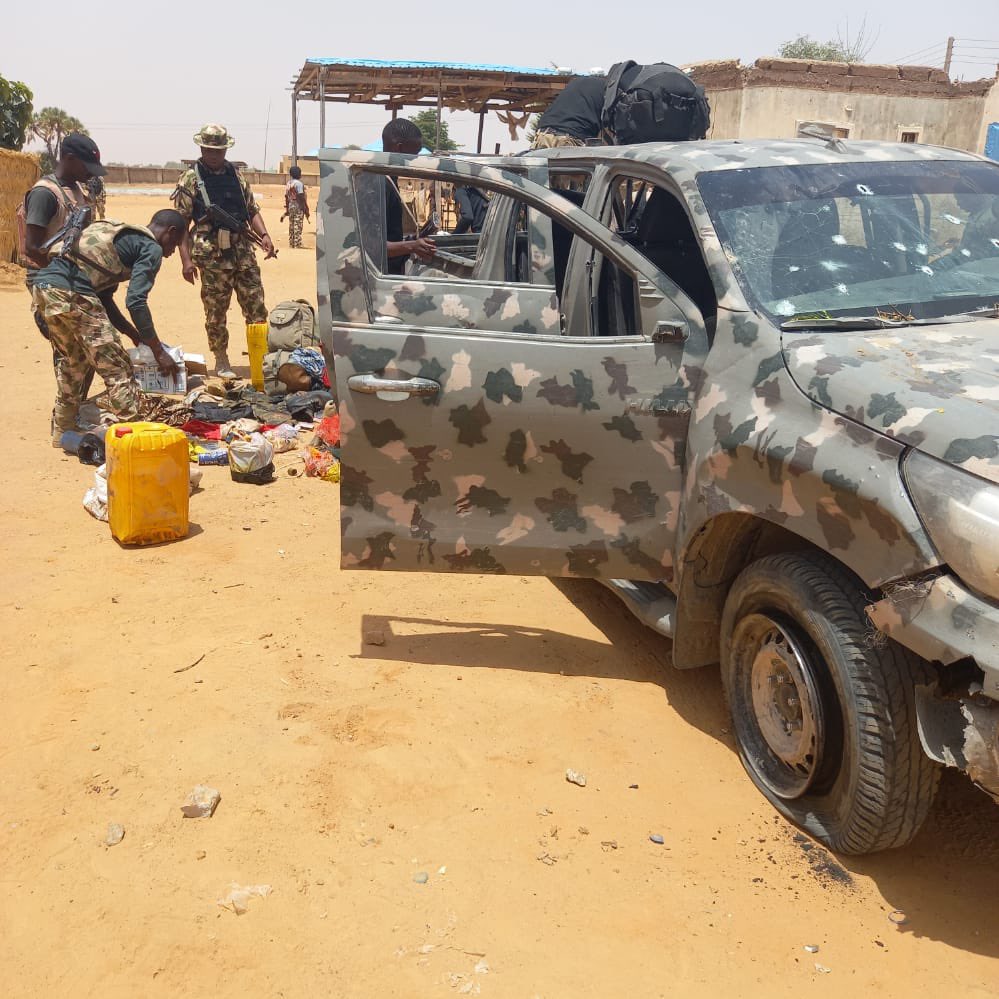 Naija News understands various logistics supply including jerrycans of petrol, vehicles and other items belonging to the terrorists were recovered during the operation.

A statement on Wednesday by the Director of Army Public Relations, Brigadier General Mohammed Yerima confirmed the raid, noting that it was based on actionable intelligence provided by some members of the community.

Those arrested during the raid as well as items recovered from them are in army custody for preliminary investigation before they are handed over to the appropriate agency for prosecution.

“The successful raid was undertaken following credible intelligence that some members of the community are suppliers of fuel and other products to insurgents. All the recovered items and the suspects are in our custody for preliminary investigations before handing them over to the appropriate agency for prosecution.”

“The NA remains determined to sustain their offensive operations in the area and assures the public that the Army leadership is committed to achieving the overall objective of keeping the North East and the entire country free of terrorism, banditry and other violent crimes.”

Meanwhile, the federal government has revealed that the new special salary scale approved for Nigerian teachers by President Muhammadu Buhari will become effective as from January 1, 2022.

This was confirmed in a statement on Wednesday by the government through its official Twitter handle.

Naija News recalls President Muhammadu Buhari had in October 2020, approved some new benefits for Nigerian teachers on the occasion of the 2020 World Teachers Day.