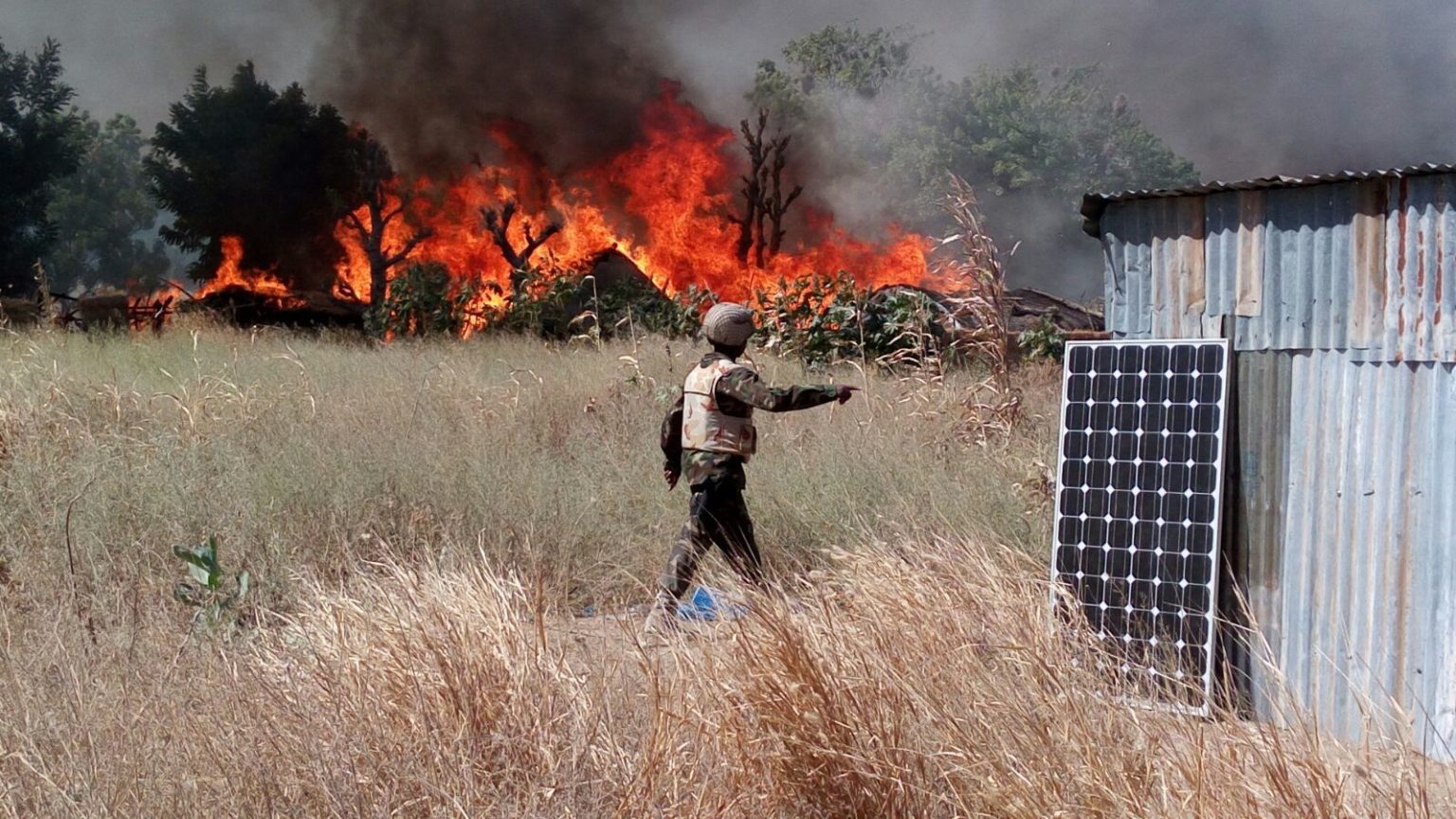 File photo: an existing photo of a soldier at war front

A Nigerian soldier attached to the 145 Battalion in Damasak, Maiduguri, Borno State has reportedly resigned.

According to a report monitored by Naija News on SaharaReporters, the gallant soldier angrily dropped down his fighting rifle on Tuesday, April 6, declared opting out of the army over alleged starvation and maltreatment by the commanding officer.

“Today, a soldier dropped his rifle and quit the job due to frustration plus the hardship we are facing here,” a military source told newsmen.

The soldier was said to have complained earlier that the commander of the battalion, Lieutenant Colonel SA Ochalla, is starving him and his colleagues for four days straight without offering an explanation.

The soldier whose name is yet to be disclosed claimed that the soldiers, who were fighting insurgents regardless of the situation, were aggrieved as their two months’ cigarette allowance had not yet been paid.

He said, “We the soldiers of 145 Battalion at Damasak, Maiduguri are dying of hunger. Our commanding officer, Lieutenant Colonel SA Ochala, refused to feed us for four days now. He has also refused to give us our money for March and April cigarette allowance; the world should come to our aid.

“We haven’t seen water to drink since morning, plus we have not had food for four days now. We have to fight regardless because our life comes first even before food. We are still combating insurgents even in this condition.

“This is the Nigerian system for you, everything is so corrupt. But the corruption is more pronounced in the Nigerian Army.  I have been in the Nigerian Army for more than five years now and I think I can tell you this. Imagine, we are on deployment into the bush and we have not been fed yet. Our commanding officer gave no explanation for this. He has not held any meeting with anyone regarding this issue. We are starving, please help us.”