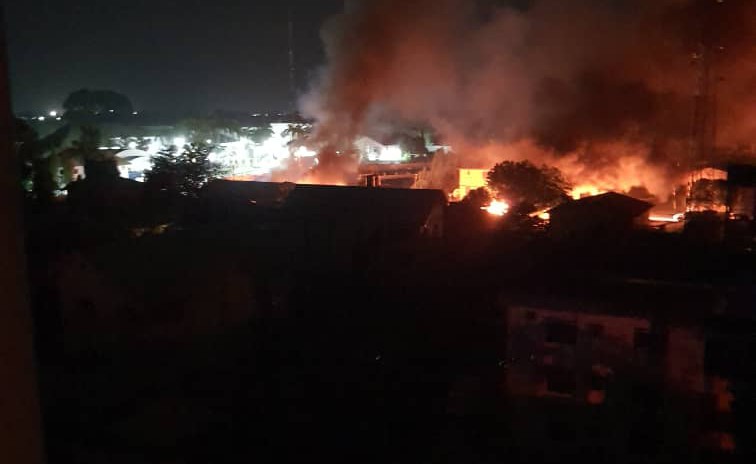 The Imo State Police Command has confirmed the attack on its headquarters and the Owerri Correctional Prison in the early hours of Monday, April 5, 2021.

Naija News had reported how gunmen freed over 1500 inmates during an attack on the correctional facility and burnt vehicles parked inside the command headquarters in Owerri, the state capital.

It was gathered that the gunmen operated from 1am till 3am and freed the suspects in almost all the cells at the State Criminal Investigation Department of the command.

Also, the gunmen were said to have sung solidarity songs at the Government House Roundabout for about 30 minutes before attacking the facilities.

He, however, assured the people of the state that the security agencies were on top of the matter.

Meanwhile, the Kano State Police Command has arrested a suspected kidnapper, Abubakar Burumburum, 27, who was found in possession of two AK-47 rifles by operatives of Operation Puff Adder in the state.

The command Public Relations Officer, DSP Abdullahi Haruna, confirmed the arrest of the suspect to journalists in Kano on Sunday.

He explained that the suspect, who was apprehended following a tip-off, was currently undergoing interrogation.

Haruna stated that the suspect, popularly known as Likita in the Birnin Gwari area, mostly carried out his activities in Kaduna, Kano and other parts of the northern states.

While answering questions, Burumburum, a father of six from the Tudun Wada Local Government Area of Kano State, confessed to being a cattle rustler, who engaged in kidnapping twice.

According to him, the two AK-47 rifles and ammunition were obtained from the children of one late Muhammadu Bakanoma in Zamfara State.

Haruna said Burumburum would soon be charged after the completion of investigation.