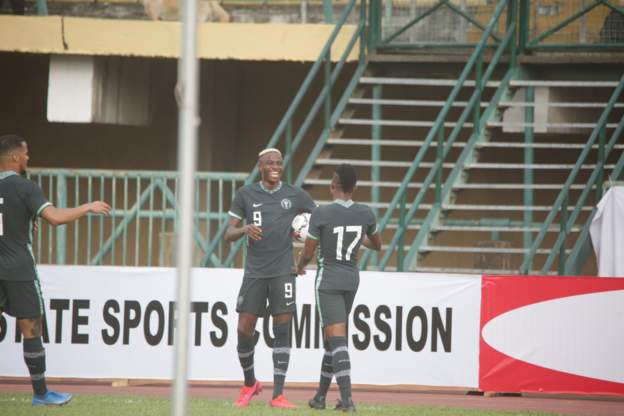 The Super Eagles defeated Lethoso 3-0 in the final of the Africa Cup of Nations in Lagos.

Napoli striker Victor Osimhen opened the scoring in the 23rd minute before Oghenekaro Etebo doubled the lead shortly after the break.

The win puts Nigeria 14 points clear at the top of Group L with six points.

We are also on the list of 24 other countries that have qualified for the tournament in Cameroon in January 2022.

The match between Benin and Sierra Leone was suspended amid COVID-19 row, whoever wins when the match is eventually played will accompany Nigeria to the tournament.