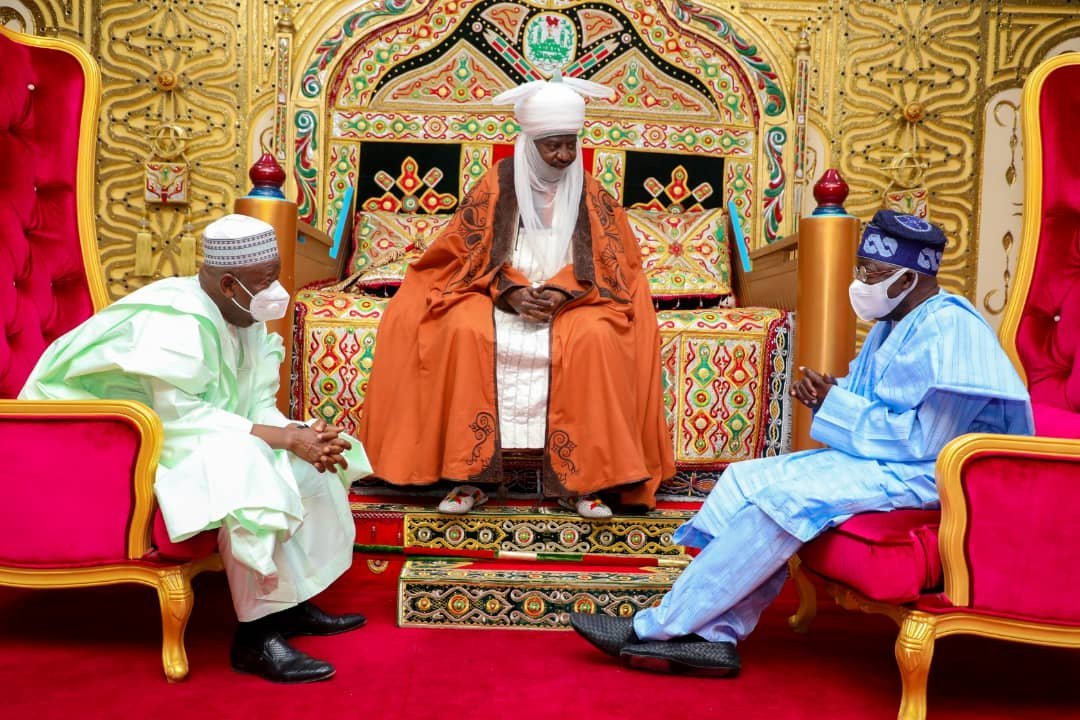 The national leader of the All Progressives Congress (APC), Bola Ahmed Tinubu, has said peace in Lagos and Kano was necessary for Nigeria’s stability.

Naija News reports that the former Lagos State governor said this on Sunday during a visit to Aminu Ado Bayero, Emir of Kano, as part of activities marking his (Tinubu) birthday.

Tinubu’s colloquium, tagged ‘Our Common Bond, Our Common Wealth’, is scheduled to take place on March 29 — to mark his 69th birthday.

Speaking at the Emir’s palace, Tinubu said it was important for the two states to remain peaceful given their large population and economic potential.

According to the former governor, Lagos and Kano must lead other parts of the country on a peaceful mission.

He said the states must continue to promote unity, tolerance and peace among residents of divergent background to show good example to other states.

Tinubu said “Nigeria is going through difficult times especially challenges of insecurity and other tough times. Yet there can not be peace, development and industrial growth in the country in the absence of peace and stability,” he said.

“Kano being the most populous state of the Federation has enjoyed stability and peace despite the challenges in Nigeria. The Governors have promoted unity, sustain one Nigeria in the face of difference. We must commend them.”