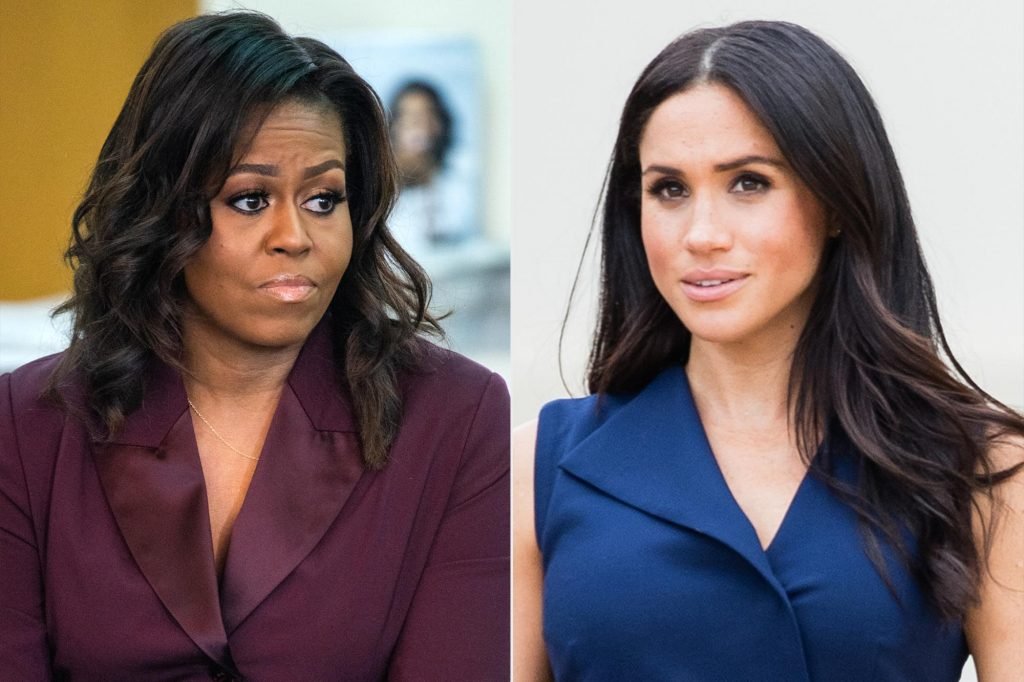 The wife of former president of the United States of America, Barack Obama, Michelle, has noted that she is not surprised to see the Duchess of Sussex, Meghan accuse the Royal Family of racism.

Recall that Meghan during an interview with Oprah Winfrey accused the royal family of racism, adding that all they were concerned about was the skin colour of her unborn son, Archie.

The former first lady who reacted during an interview with NBC News described the allegations Meghan made as “heartbreaking to hear”.

She further stated that she is not total surprised with the development.

“I feel like that was heartbreaking to hear, that she felt like she was in her own family but this same family thought differently of her.”

“As I have always said, racism isn’t a new construct in this world for people of colour.”

“So, it wasn’t a complete surprise to hear her feelings and to have them articulated.”

“I also feel bad that she had to grow through all that.Nobody no matter who they are should be subjected to such treatment,” she said.