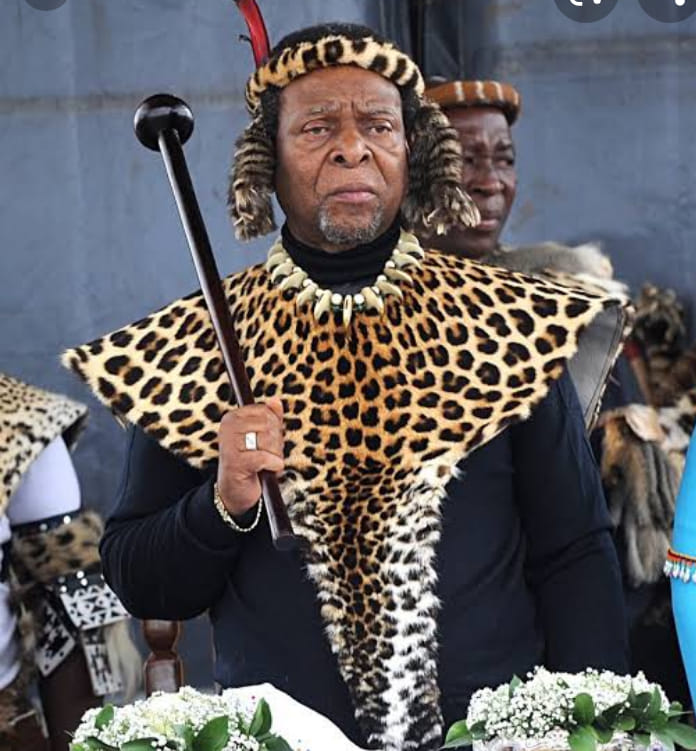 The royal palace has announced the death of the King of the Zulus in South Africa, Goodwill Zwelithini at the age of 72.

Zwelithini died on Friday after several weeks of battling a diabetes-related illness in the hospital.

The popular but controversial king who was born in Nongoma, a small town in the south-eastern Kwa-Zulu Natal province, ascended the throne in 1971.

Announcing his death, a statement by the royal palace on Friday signed by Mangosuthu Buthelezi, a powerful veteran politician who is also a Zulu prince read: “It is with the utmost grief that I inform the nation of the passing of His Majesty King Goodwill Zwelithini… King of the Zulu nation.”

“The king was admitted to hospital last month for diabetes.”

“Tragically, while still in hospital, His Majesty’s health took a turn for the worse and he subsequently passed away in the early hours of this morning.”

The Zulus are the largest ehnic group in South Africa with over 11 million people, Naija News undrstands.

Reacting to the death of the prominent king, President of South Africa, Cyril Ramaphosa said the king “will be remembered as a much-loved, visionary monarch who made an important contribution to cultural identity, national unity and economic development”.

During his lifetime, King Zulu was believed to have had several royal palaces, six wives and over 28 children.