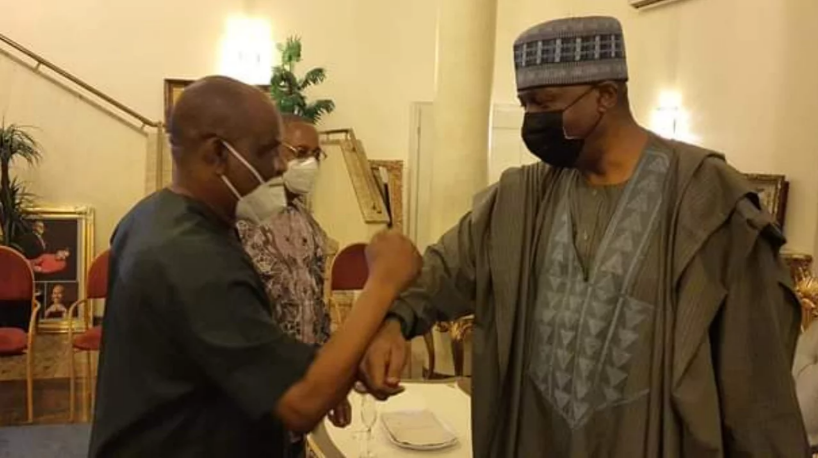 The Governor of Rivers State, Nyesom Wike, on Thursday accused former Senate President, Bukola Saraki, of bringing President Muhammadu Buhari and the All Progressives Congress into power in 2015.

The Peoples Democratic Party chieftain noted that the former Governor Kwara State put the ruling party in power and things have not worked ever since.

Wike stated this at the commissioning of the Government House Clinic in Port Harcourt, the state capital.

Saraki, PDP Reconciliatory Committee Chairman, was among the dignitaries that attended the event.

“I thank you for coming. I will invite you to speak to your people, even though you put your friends in power and things have not worked well.”

“It’s good to remember history. He (Saraki) is one of the heads of those who brought these people.”

“The punishment we face today, I thank God you also face it. They are pursuing you left, pursuing you right. They want to jail you.” He said.

Wike recalled that he and others warned those who worked for the APC but they turned a deaf ear.

“When we were talking to you people; “listen, don’t rush…These people, be careful,” he noted.

Wike restated that he would not join the APC and confirmed the party was wooing PDP governors.

“They can never get me, I won’t go. They have their governors they talk to. I won’t go”, he vowed.

The governor advised citizens to admit they made an error and ensure they correct it in 2023.

“Nigeria has made a mistake, let us correct the mistake by going where the hope is and that is the People’s Democratic Party (PDP)”, Wike advised.