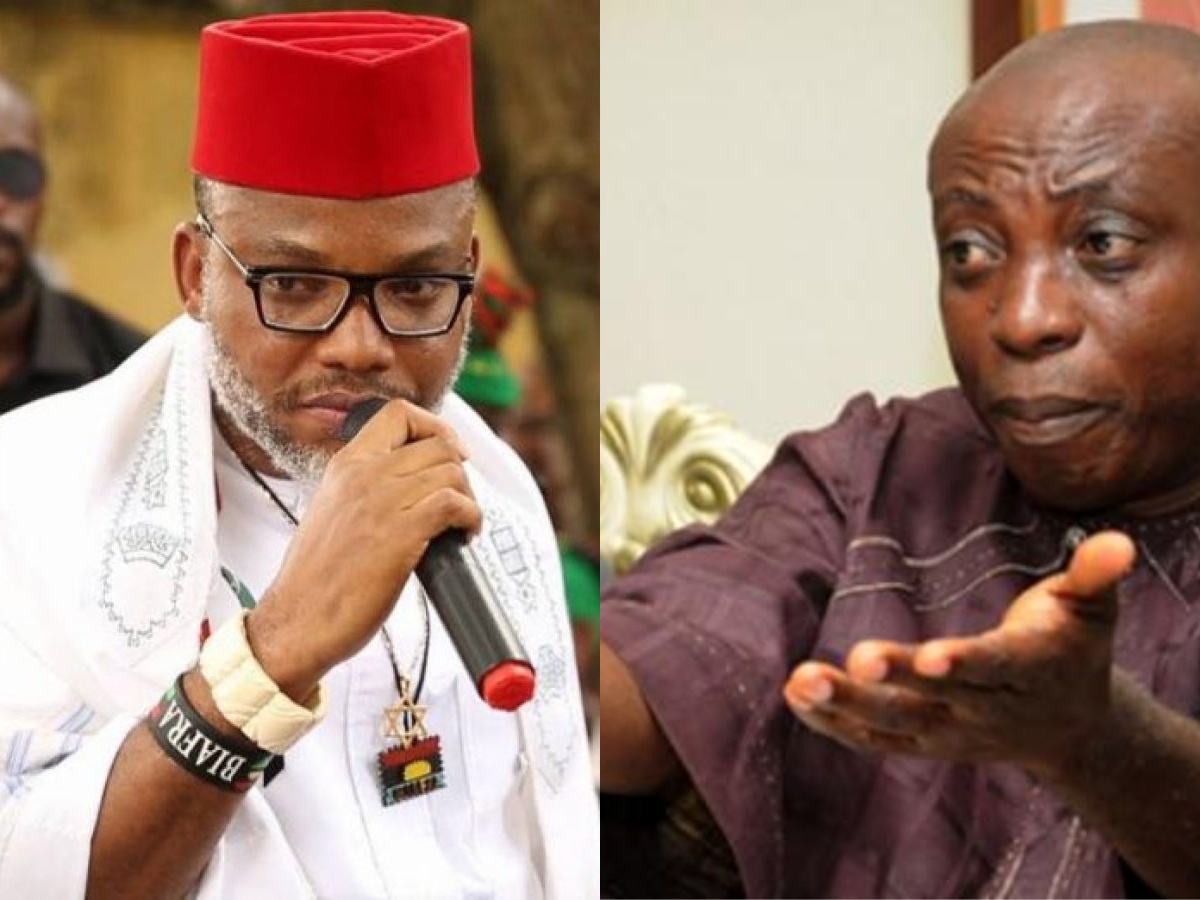 The leader of the Indigenous People of Biafra, Mazi Nnamdi Kanu has been accused of inciting ethnic cleansing in the South-East zone and parts of the South-South region.

Addressing the press in Owerri, the capital city of Imo State on yesterday March 1, the founder of Movement for the Actualisation of Sovereign State of Biafra and leader Biafra Independent Movement, Ralph Uwazuruike, said the IPOB leader whom he recruited "into the struggle" is brainwashing Igbo youths into taking arms against the Federal Government.

Uwazuruike said he will applaud Kanu if only he can repent tomorrow. He urged the South-East Governors' Forum to take Eastern Security Network from Kanu.

He said: "If Nnamdi Kanu, repents tomorrow, I will commend him. We will talk about Biafra even if Igbo man becomes president. Governors should take ENS from Kanu. Train them, equip them and use them better."

Uwazuruike said though he is not part of the Nigerian system but when anybody does well, he will commend their effort and will as well speak out if anybody does bad.

According to him, the IPOB leader wouldn't have encouraged the ESN operatives to take up arms against the government if he was living in Nigeria.

Uwazuruike added: "I started this struggle over 20 years ago. I recruited everybody who is part of this struggle today. We started before politics came in. Politicians started sponsoring people among us and we started having divisions among us. Taking arms against the government is now a problem to Ndigbo and Nigeria.

"At no point will Ndigbo go to war against any tribe or Nigeria. Brains of the young ones in Igbo land being bastardised. They are humiliating Igbo leaders in the land of struggle. I condemn that act in its entirety.

"They started in Obigbo, Rivers State, now is Orlu. What is happening in Igbo land? The killings are a concern to all of us. The future is bleak as far we are concerned.

"They can't defeat Nigeria. This situation needs to be nipped in the bud. Some governors have tried; Wike has tried. We must not allow anarchy to prevail. I congratulate Uzodinma on his approach to the problem in Orlu.

"We must work hard not to allow this group to turn this place into a state of war. Don't denigrate governors, stop insulting Ohanaeze Ndigbo. So many people are killed without records."

Meanwhile, some southern state governments and farmers have said they are not threatened with the strike action by Northern food suppliers, Naija News reports.