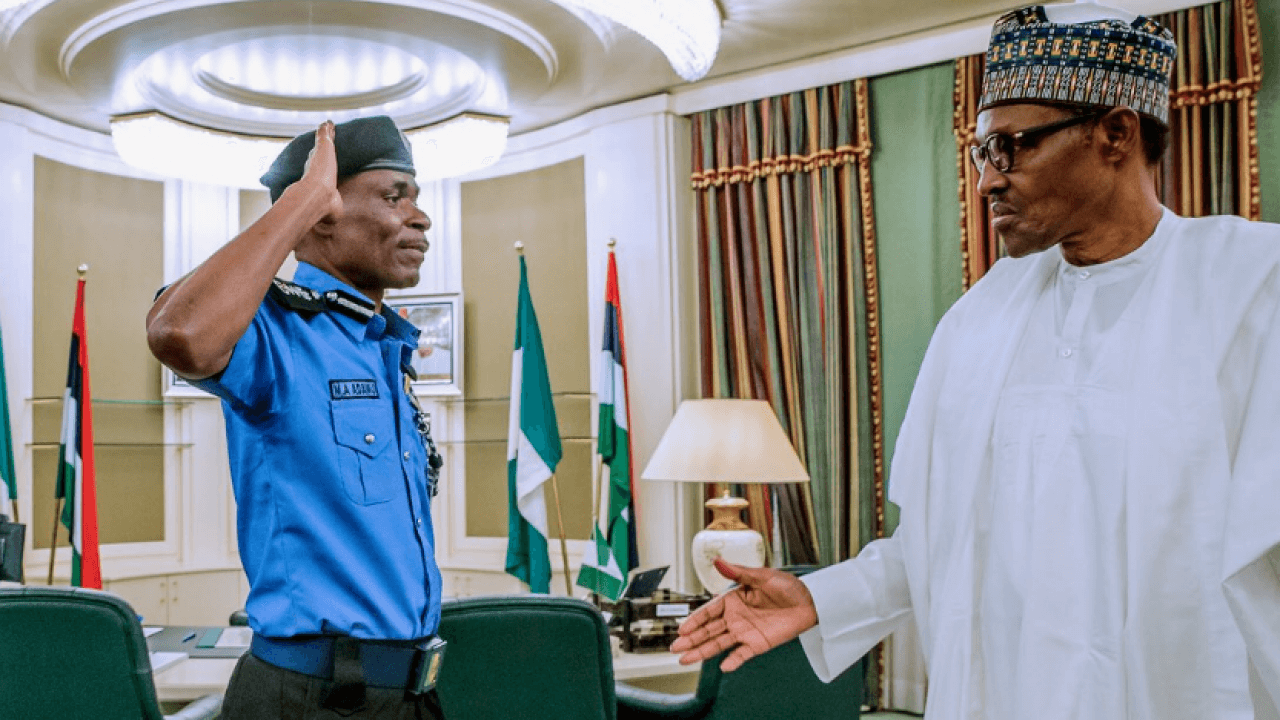 Nigerian Governors elected on the platform of the Peoples Democratic Party (PDP) has asked President Muhammadu Buhari to appoint a substantive Inspector General of Police (IGP).

Recall that Buhari had recently extended the tenure of IGP Adamu Mohammed for three months.

The extension was made known by the Minister of Police Affairs, Maigari Dingyadi while briefing State House correspondents at the Presidential Villa, Abuja.

He noted that the extension of the IGP’s tenure by the president is to allow enough time to select a new police boss.

This online newspaper reports that Adamu was expected to leave the office on Monday 1st February 2021, having completed his 35 years maximum stay in service. The police boss enlisted on February 2, 1986.

In the communiqué by the Chairman of the PDPGF, Aminu Tambuwal, after their virtual meeting, the Governors recommended that the Federal Government should take urgent steps to decentralise the Nigeria Police Force.

It read: “Nigeria Police Force as an institution is a common services agency for all tiers of government in Nigeria; that is why the Nigeria Police Council is made up of President as chairman, 36 State governors, chairman of Police Service Commission and Inspector General of Police as members.

“The council is the constitutionally designated forum for discussion of security matters in the country, particularly with respect to policing.

“It is worthy of note that the newly introduced community policing infrastructure is already being implemented more in breach. The current Nigeria Police Act envisaged that community policing should serve as a decentralised measure of grassroots policing and various roles were assigned to various parties, including the governors of the states.

“Unfortunately, in the constitution and operationalisation of the community policing activities in the various states so far, partisanship has taken over the recruitment process.

“We no longer have faith in the neutrality and capacity of the community policing system to serve the purposes envisaged under the new police Act, we therefore, call on the police authorities to sanitize the system.”

Others were Ifeanyi Ugwuanyi, Seyi Makinde and Darius Ishaku of Enugu, Oyo and Taraba states, respectively.