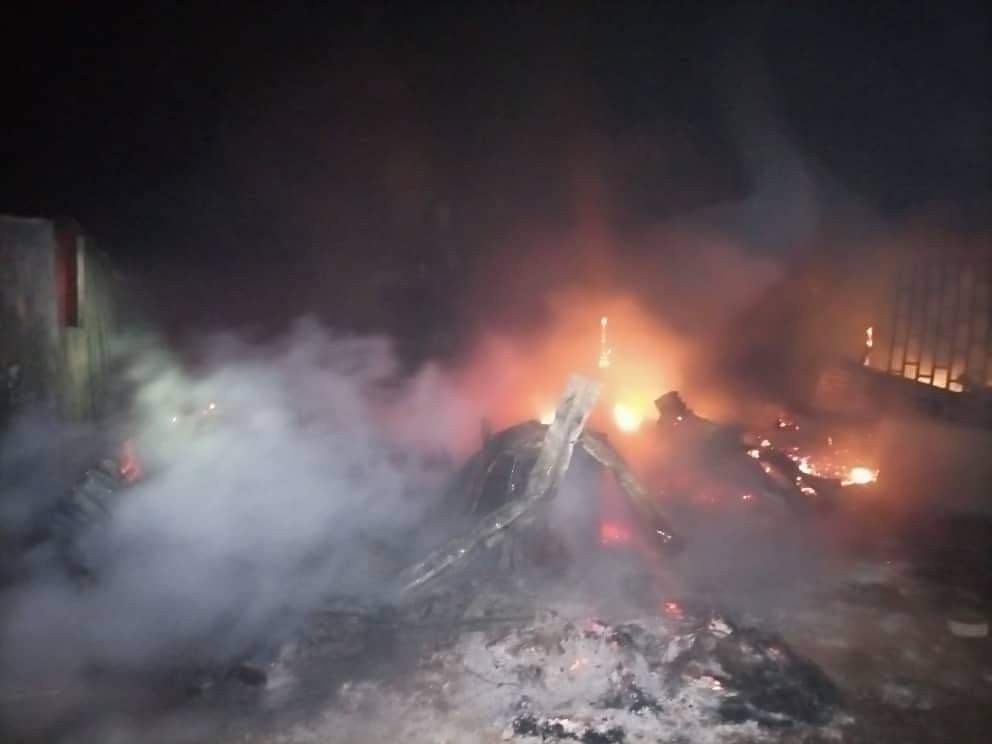 Properties worth of hundreds of thousands were on Tuesday, February 9 razed by an inferno that caught up with shops at the popular Bode-Saadun Market in Moro council area of Kwara State.

A report reaching Naija News at this time confirmed that no fewer than nine shops were affected by the incident which happened on the early hour of Tuesday morning.

Though the cause of the inferno is yet to be ascertained, spokesperson of the Kwara state Fire Service, Hassan Adekunle while confirming the incident said the fire started around 1:45 am yesterday.

He disclosed that the service received a distress call on Tuesday morning from one Mr Musbaudeen who told them of the development.

“Quick response from the brigade in putting out the fire the inferno averted monumental disaster that would have affected the community. Out of 50 shops in the market vicinity, only nine shops were affected due to the systematic approach adopted by the fire officers who were present at the scene,” Adekunle noted.

“The brigade, therefore, urges the general people of Bode Saadu to always play safely at all time; especially the market people of the community,” he added.

This is coming barely a week after an inferno on Wednesday night, February 3 caught up with the popular Gwarimpa tipper market in Abuja.

The incident which the cause is yet to be known left traders counting their losses as the fire destroyed properties worth of millions, Naija News reports.