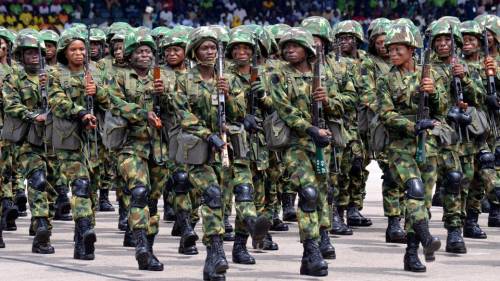 Three hundered female soldiers have been deployed by the Nigerian Army to tackle the rising spate of banditry, kidnapping, and other crimes on the Kaduna-Abuja Road expressway.

Receiving the first batch of the troops on Wednesday at their Kakau base, the state governor, Nasir El-Rufai, commended the Army for deploying the female soldiers to the state.

The governor expressed optimism that the deployment of the troops would curb the insecurity in the state and along the highways.

He assured them of the Kaduna State Government’s continued support as they worked towards securing the entire State.